The Maldives is poised to set a world first with the inauguration of its Floating City, which will offer thousands of waterfront residences floating alongside a functional gridwork within a 200-hectare lagoon.

In collaboration with Netherlands-based Dutch Docklands, the warm-water lagoon 10 minutes by boat from the Maldivian capital and Male International Airport has been in the making for more than a decade.

The Maldives Floating City (MFC) is envisioned as a development that would mitigate the effects of climate change and rising sea levels, featuring traditional Maldivian architecture and eco-friendly construction.

Urban-planning and architecture firm Waterstudio is responsible for creating the on-water urban grid, which is flexible enough to evolve along with its changing inhabitants and global visitors. Buildings will be low-rise flanked by palm-lined streets, with shops, services and homes linked by a network of bridges, canals and docks.

“MFC does not require any land reclamation, therefore has a minimal impact on the coral reefs,” said Mohamed Nasheed, who served as president of the Maldives from 2008- 2012, and is also speaker of parliament and CVF ambassador of Ambition.

“What’s more, giant, new reefs will be grown to act as water breakers. Our adaption to climate change mustn’t destroy nature but work with it, as the MFC proposes. In the Maldives we cannot stop the waves, but we can rise with them.”

Already in the tail end of planning stages, construction for MFC will begin in 2022 and will be completed in phases over the next half decade. 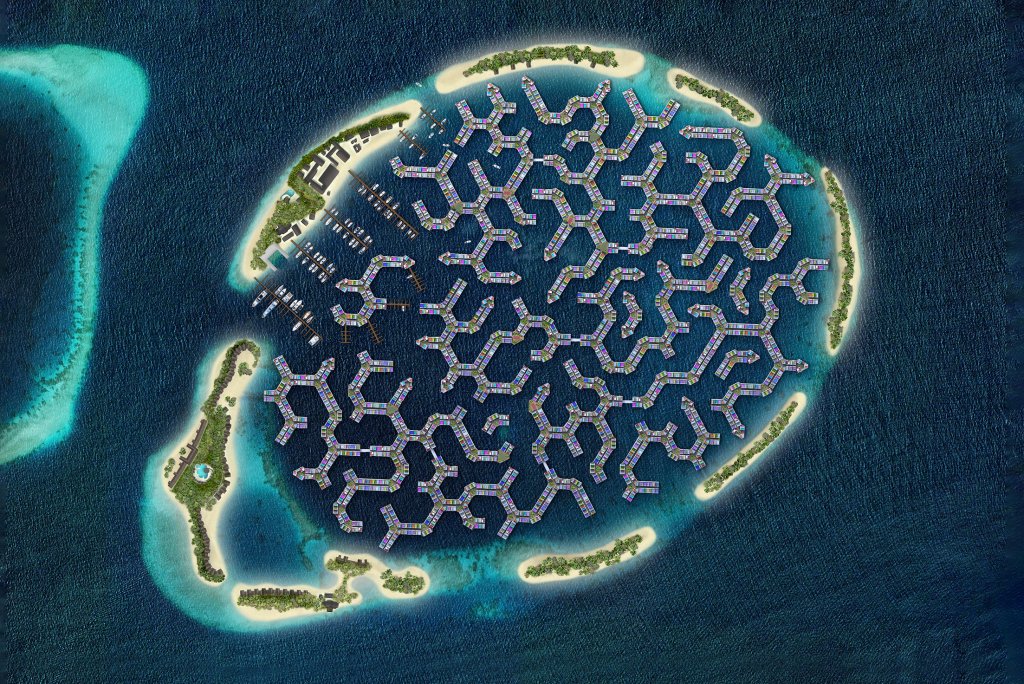