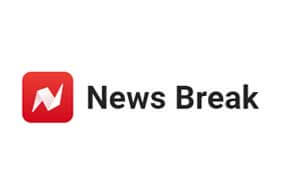 Dutch architecture studio Waterstudio.NL has created a solar-powered electric yacht-cum-villa with retractable stilts that allow it to be raised fully out of the water to become an off-grid home.

Named Arkup 75, the craft was designed for yacht company Arkup with a hybrid foundation that allows it to float when moving, be semi-supported when alongside a dock or fully raised up from the water.

“The design was inspired by the way flamingos stand in the water,” Waterstudio.NL founder Koen Olthuis told Dezeen. “Only a leg in the water and the body untouchable above the surface.”

When it’s not travelling, the 22-metre long vessel can be anchored by four 12-metre steel spuds, which lower to the bottom at depths of up to 7.6 metres to keep it stable.

“As the Arkup is floating it can handle normal waves, but when the stilts are activated the house pushes itself out of the water,” Olthuis added.

“Now the waves can only hit the stilts, which makes it a hurricane-proof building.”

Along with the hybrid foundation, a solar-powered electric system, and a rain-harvesting and purification system make it capable of operating off-grid.

A solar array covers the entire roof to provide electricity for air conditioning, appliances, lighting, propulsion and all other operating systems on board.

Arkup 75, was designed to resemble a smooth, white frame that presents the ocean view as a picture, with glass-fibre walls, a retractable terrace and large sliding-glass windows.

It has a total living space of 404 square metres, is self-propelled and can, in theory, stay in open water indefinitely as long as there is enough solar power to provide energy.

Olthuis believe the yacht’s off-grid system will come in useful in the future, as he thinks sea-level rise and urban growth will lead coastal cities to develop on the water.

“Not just yachts but especially floating structures will take advantage of the space on water around our cities. These buildings are portable and can react to known and unknown changes in the demands of near future society,” he said.

“Covid is such an unknown change that has suddenly raised the popularity of off-grid, off-shore independent living.”

The architect added that Arkup is aiming to use the craft to demonstrate features that can also be applied to larger, high-density floating housing that could be built in the future.

According to Olthuis this is something that Waterstudio.NL has been advocating for almost two decades.

“The water is being paved for water-based, high-density developments in cities threatened by sea-level rise and urbanisation,” he said.

“Each project is a small step towards those floating neighbourhoods.”