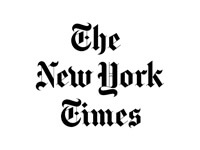 ROM Jakarta to the coast of Louisiana, floodwaters are a growing concern. This is especially true in delta regions, where river and sea combine, as they do in many of the world’s great cities, to create a double hazard.

No place is more concerned with this problem than the Netherlands, literally “the lowlands,” where for centuries people have lived on the edge of water-borne disaster. About a quarter of the country is land reclaimed from the sea, while half of it lies at or below sea level. The country’s vulnerability to rising water levels, commonly ascribed to climate change, was on full display last summer at the Rotterdam Architecture Biennale, titled “The Flood,” which contained proposals for a floating soccer stadium and housing built on spongelike synthetic riverbanks capable of absorbing flood waters.

“Since World War II, the Dutch have relied on technology for protection from the rivers and the sea,” said Adriaan Geuze, a landscape architect and the chief curator of the biennale. “We are convinced that this is not a clever way to deal with reality, and three months after the exhibition closed, Katrina showed us the truth of that.”

For the Dutch, as for everyone else, there appear to be no simple solutions, only costly ones, like abandoning vulnerable terrain. For the first time in its long history, the Netherlands has begun to strategically uncreate itself; last year the government, at the start of a 15-year program, began buying up land and reserving it as flood plain, mostly along river banks. The Dutch are also exploring a solution as old as the first flood: floating architecture. The notion is still in its early stages, with only a handful of houses built and a few developments under way, but it has already attracted the attention of leading Dutch designers and some developers.

If it proves sufficiently functional, affordable and attractive, floating architecture could find its way to many of the world’s flood zones.

In the town of Aalsmeer, in the southwest, an area badly damaged by floods in 1953, Sjef Snel and his wife, Agnes, moved into their floating house a little more than a year ago. “It took me over six months to settle down,” Mr. Snel said, “and then I knew I was at the right place.”

Even better, Mr. Snel, 45, says he has no more concerns about flooding. “I feel totally safe,” he said. “Our living room is eight inches above water and the house is mobile. There is certainly no reason to be fearful.”

The house was designed by Agnes Snel in collaboration with Koen Olthuis, a 34-year-old Dutch architect who has emerged as a leading advocate for floating buildings. His small practice, called Waterstudio, is devoted exclusively to such projects. “Most of these projects are in the first phase,” Mr. Olthuis said from his offices in Rijswijk, “since using water, not just defending against it, is a new idea.”

Dura Vermeer, one of the country’s largest builders, is also experimenting with floating structures. It has created a community of 48 amphibious homes in Maasbommel, on the banks of the Maas river. The brightly colored 700-square-foot homes, designed by Factor Architecten, a large design firm based in Amsterdam, are set in what was once a parking area for recreational vehicles. “These are not houseboats,” said Ger Kengen of Factor. “You have to design everything as if it were on the ground, only 10 feet up in the air.”

Anna van der Molen, 45, who lives with her husband and child in one of the houses, said “not only do we live on water, but we also live with water.” The houses sit on concrete pontoons that rest on footings projected slightly above the river bottom at low water periods, but ride up during floods along a pair of 15-foot poles. Their low center of gravity, created by the weight of the pontoons, makes them very stable. Still, Ms. van der Molen said, “Sometimes it is scary, very scary, when the water is coming up.”

Chris Zevenbergen, the director for business development of Dura Vermeer, said, “We decided five years ago to take water as one of our strategic objectives. The company is also designing a “floating city,” for 12,000 people near Schiphol Airport, not far from Amsterdam, in the fastest growing area of the country. The design will cost more than $1.2 million, 45 percent of which will be paid for by the government. The goal is a town that can live with flooding, not just wall it off, using a variety of floating structures and an extensive system for rainwater storage, among other means. The challenge is aesthetic as well as commercial, notes Herman Hertzberger, who at 73 is regarded by many as the grand old man of Dutch architecture. No one yet knows what waterborne housing should look like, he said, or how it should function. Mr. Hertzberger offered some possibilities several years ago in the design of an amphibious house that revolves on a base of massive steel pontoons, turning the house, “toward the sun or away from a neighbor,” he said. The house is in Middelburg, the capital of Zeeland, the area hardest hit by the 1953 flood, which killed more than 1,800 people.

The prototype, now owned by Don Monfils, an architect, and his wife, Lidia Filius, brought a commission from a Dutch builder to create two clusters of floating houses, each set on long concrete foundations, in the same area. There will be about 20 houses in all, Mr. Hertzberger said.

But it remains to be seen how waterborne homes, as a form, will evolve.

“The problem I have is that I have not seen any great examples of contemporary floating architecture,” said Aaron Betsky, director of the Netherlands Architecture Institute in Rotterdam. “What makes a floating house different than a houseboat?”

Giving land back to the river and the sea is a solution that will create its own problems. The Netherlands is small and among the world’s most densely populated countries, so the lands set aside for water must be put to productive use.

Bart Mispelblom Beyer, a principal with Tangram, a well-known Dutch architectural office, said his firm has designed 85 houses for a tidal zone near the southern city of Dordrecht. The buildings, which will rise and fall with the tide, are being built on tidal lands because that was the only site for new homes the developer could find.

A few months ago, the Ministry of Housing, Spatial Planning and the Environment announced that it was accepting proposals to develop amphibious and other types of flood-resilient structures in 15 flood-prone areas. These are places, like the plains between rivers and the dikes that hold back their waters, in which the Dutch have never permitted construction.

Some architects remain skeptical about the large-scale feasibility of floating homes. Art Zaaijer designed six houses for a lakeside development at IJburg, outside Amsterdam. They are amphibious, and since they sit in a nature preserve, are designed to be nonpolluting.

Unfortunately, Mr. Zaaijer said, development has been stalled by an economic slowdown, and his houses, he said with a mixture of amusement and chagrin, have been occupied by squatters. “There are squatters from all over the world there,” he said, “totally happy, living in exceptional houses with wonderful views. Last time I went by I met a group of Brazilian painters.”

Mr. Zaaijer clearly loves these homes, but he is skeptical about the contribution such structures will make. “We have six or seven million houses in Holland,” he said, “and this will always be a marginal addition to them.”

Mr. Betsky is not quite so pessimistic, but he acknowledges significant obstacles. “In most of the designs I’ve seen,” he said, “the houses are isolated objects connected to the shore by a thin umbilical cord.”

“A luxurious isolation tank seems to be the destiny of many Dutch lakes and rivers,” he added. “Might there be a community like what one finds in Southeast Asia, where the houses connect to each other as well? I am still looking for good examples.”