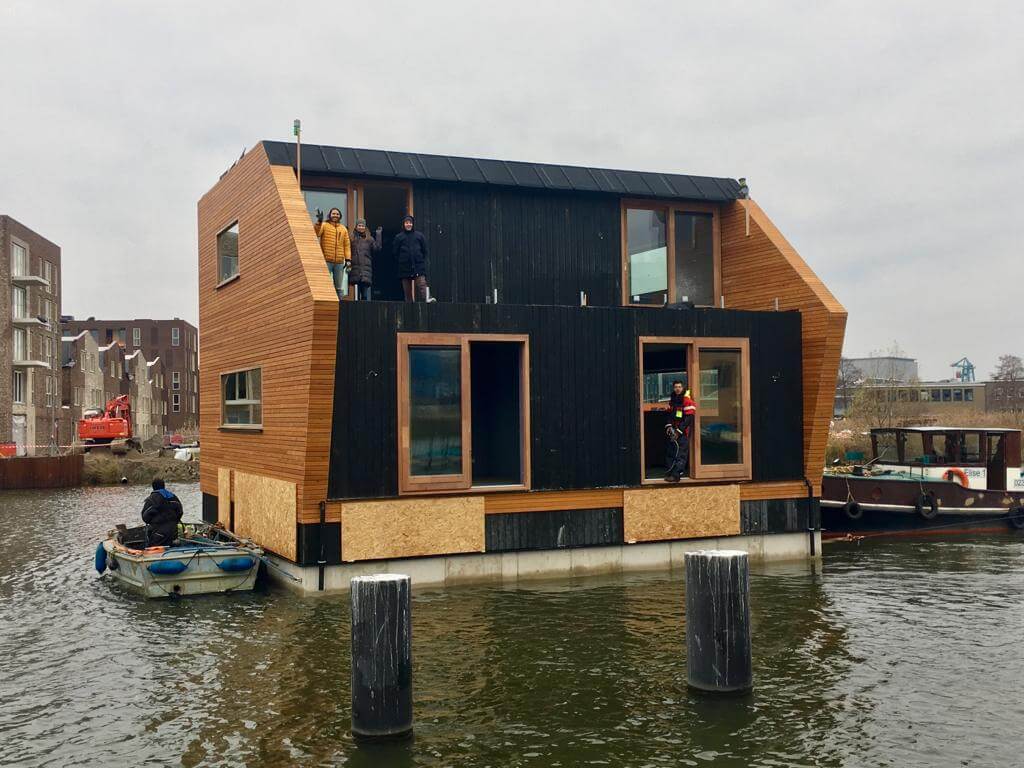 Koen Olthuis, the president of the design office “Waterstudio” in the suburbs of The Hague, aims for more aggressive business development of “water living”.

The company has designed about 250 water residential houses, including the residence of the schoonschip so far. But Olthuis’ s ambition is magnificent. “The majority of the major cities are in the delta area of the coast and are being overcrowded in addition to the crisis of the sea level rise. And to overcoming this deadlock, it is the best way to make the whole new floating city on the water in the coastal part of the city. It is enough to be able to do with existing technology. ”

Olthuis has been trying to make water floating constructions in Maldives ,Miami, and so on along with the developer Dutch Docklands who founded and invested by themselves. Although it was often hindered by the regulation barriers of governments and municipalities, the wind direction has changed. “If the sea level continues to rise, the administration will be forced to raise a heavy back to make rules for maritime structures.”

Currently, Waterstudio, with 16 European companies, aims to accumulate know-how necessary to create a large-scale floating island on the sea, with the financial support of the European Community “space @ sea Space”project. The plan is supposed to create a city floating in the North Sea.