Bangladesh is one of the most vulnerable countries in the world when it comes to flooding, storms, and impact from sea level rise.

In 2016, Bangladesh experienced four cyclones – a record number in the country’s recent history. And by 2050, sea level rise could inundate 17% of its land and displace up to 18 million people in Bangladesh, according to Atiq Rahman, the nation’s leading climate scientist. 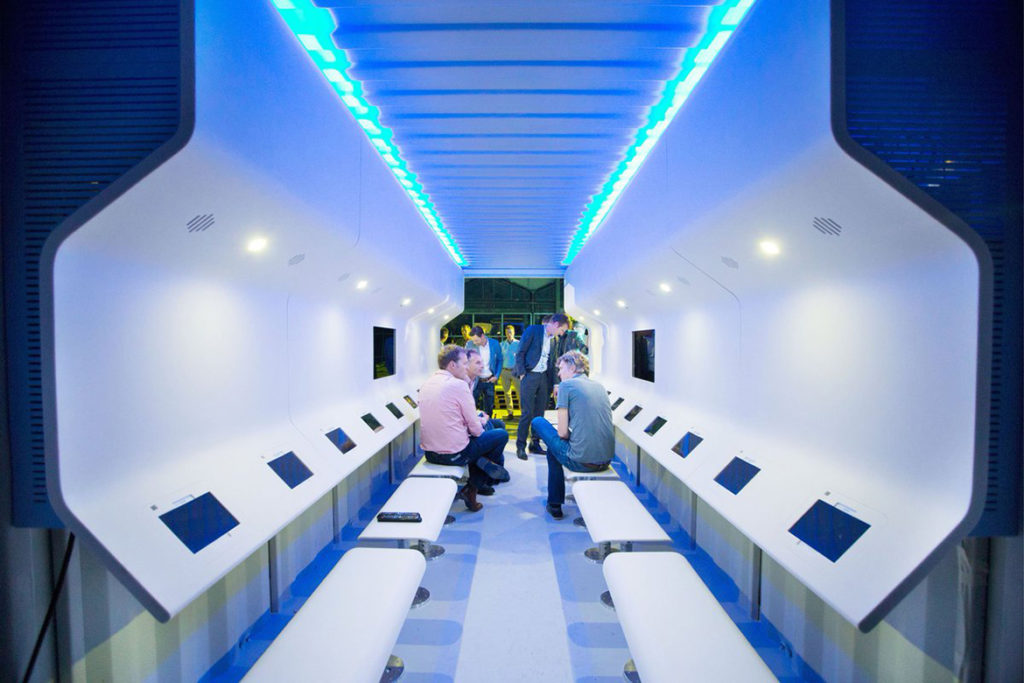 An Amsterdam-based architecture firm called Waterstudio has come up with one possible solution: floating structures that can withstand storms.

Waterstudio will deliver five of these structures, called City Apps, in Dhaka, Bangladesh in late November.

Check out the project below.

Waterstudio will soon premiere five City Apps in Korail, a low-income community in Dhaka, Bangladesh. They are portable and can move to different neighborhoods. 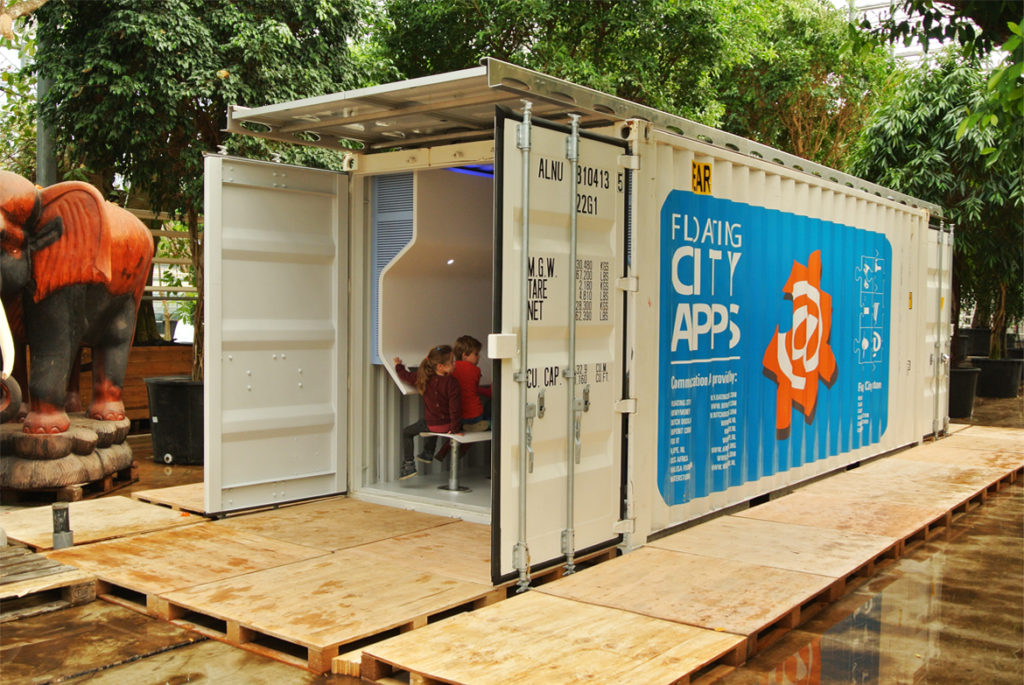 City Apps can be customized for several types of uses, including classrooms, water filtration systems, medical clinics, or homes.

During the day, one structure will be a classroom featuring 20 tablet workstations and two teaching screens. In the evening, it will be used as an internet cafe. 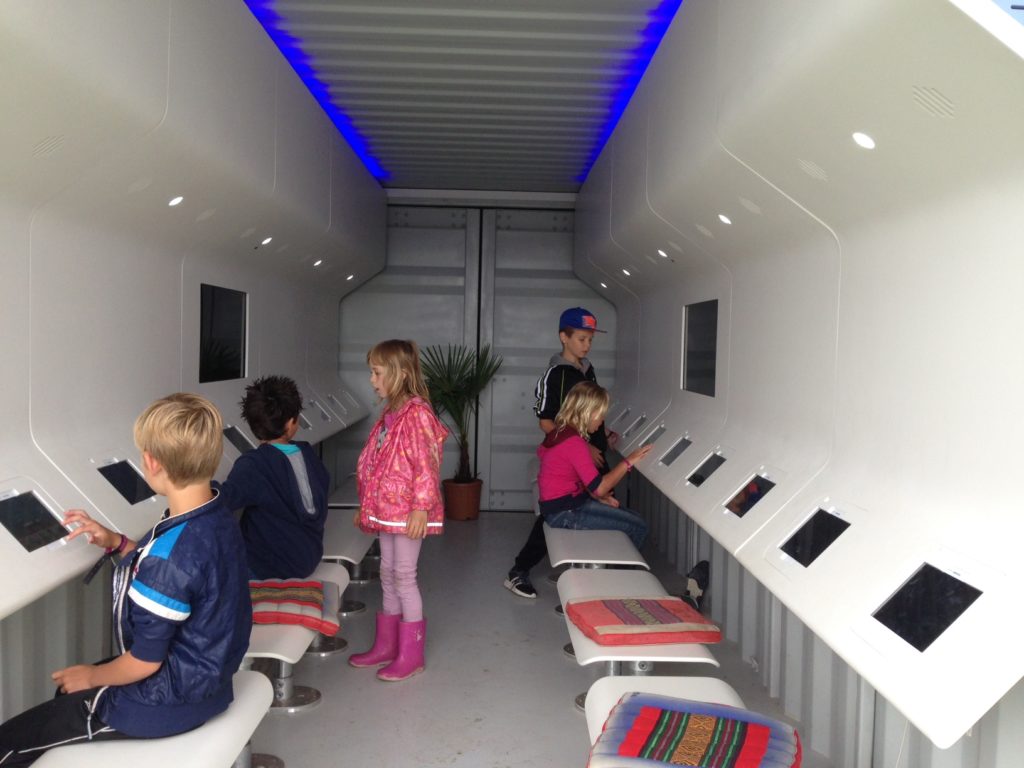 The other four units will consist of a community kitchen, a facility with a public restroom and shower, and another with a back-up generator for electricity. The units are powered by solar panels located on the roofs.

The units will be buoyed to the sea floor, and move up and down as water levels rise, helping them withstand storms. They’re designed to be air-tight to reduce the risk of flooding. 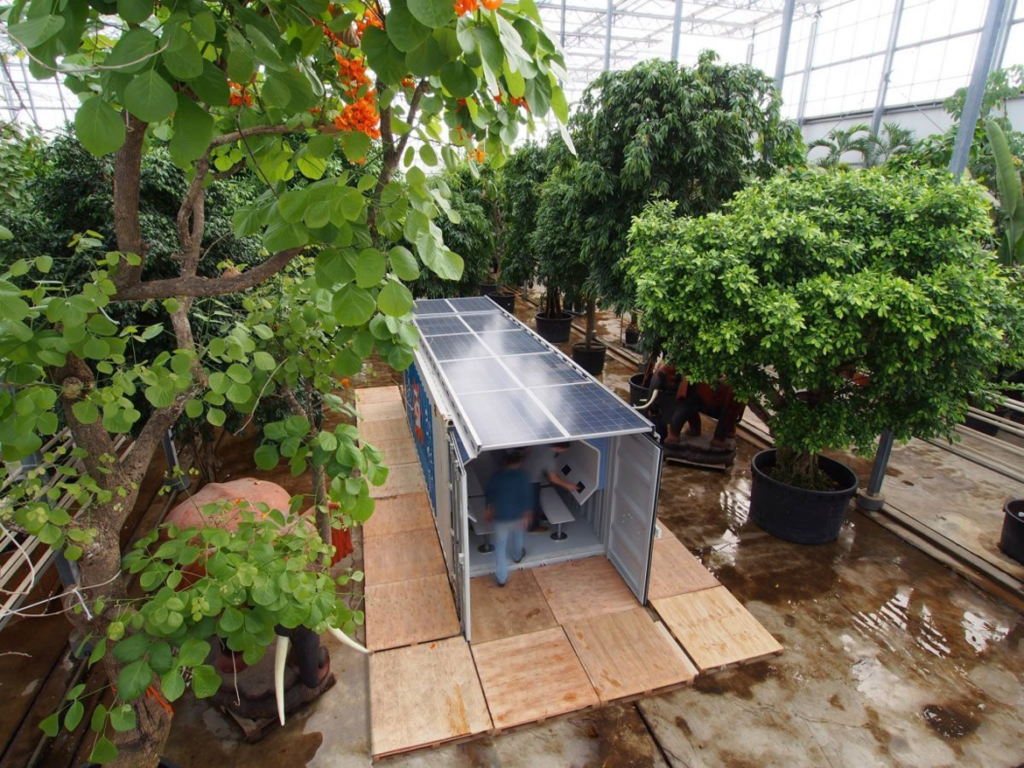 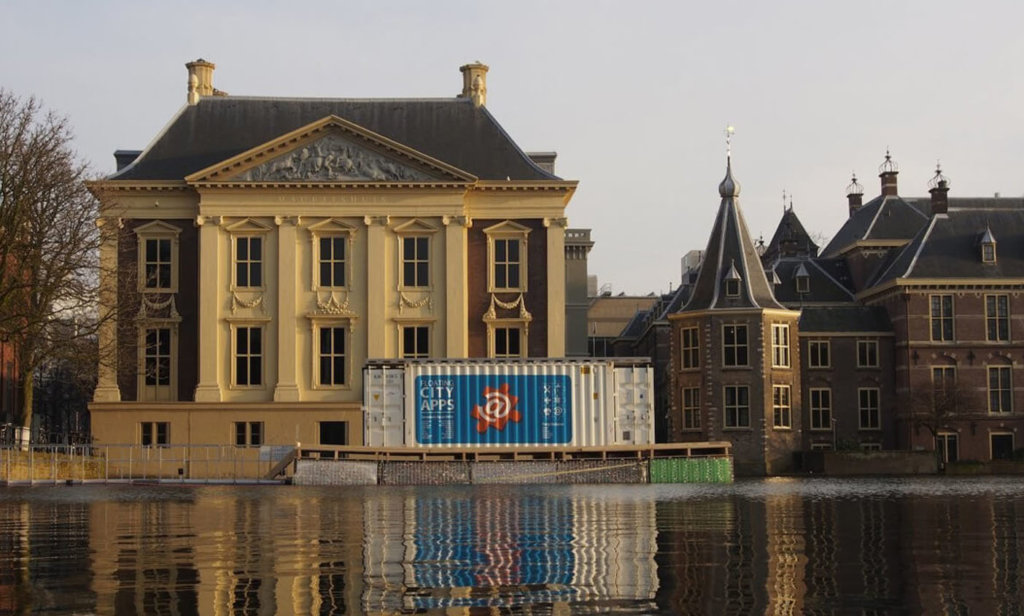 Each foundation is made of wooden pallets, wire, and thousands of recycled plastic bottles, which allow the structures to float. 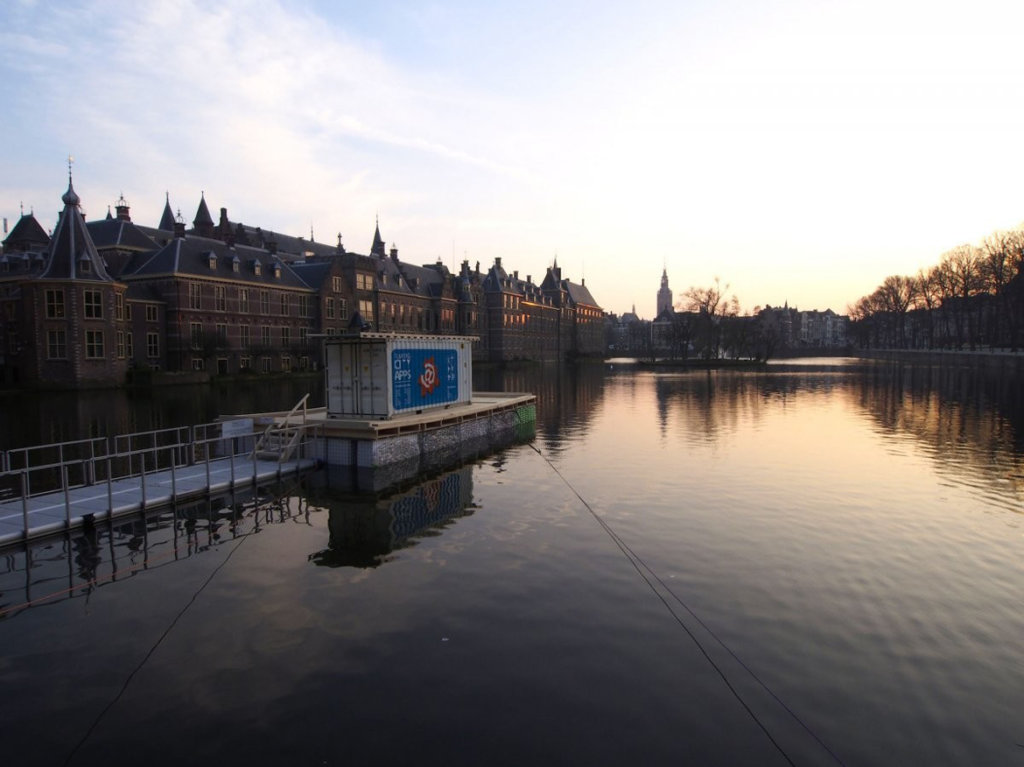 Founded in 2003, Waterstudio is known for its floating structures. It has constructed more than 200 buildings on water around the world, including these floating villas for a neighborhood called IJburg in Amsterdam, Netherlands: 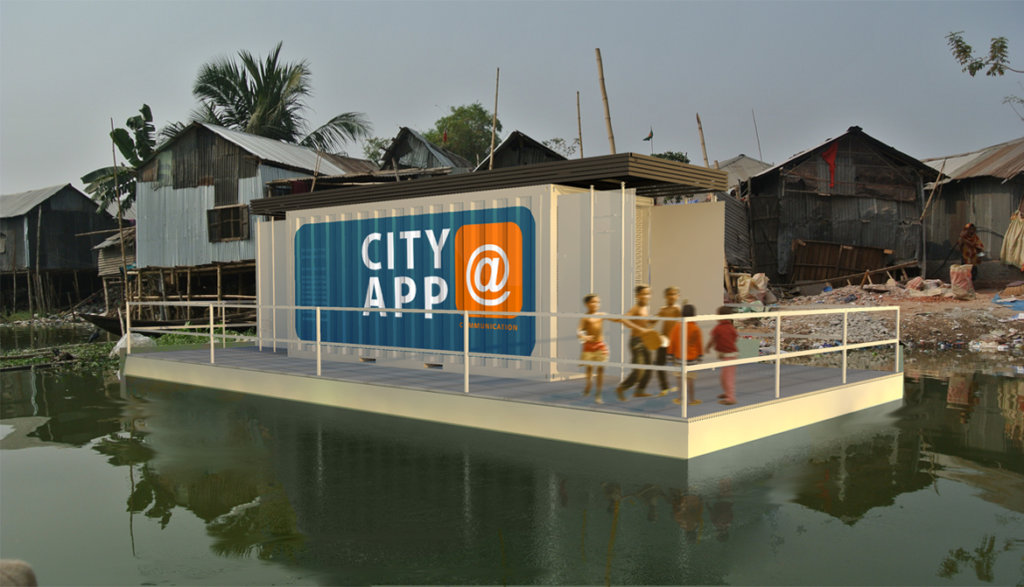 Waterstudio is working with local developers on the project in case they want to build more units.

“Some people live very close to the water — in vulnerable locations,” he said. “They can use these structures to improve their neighborhoods.” 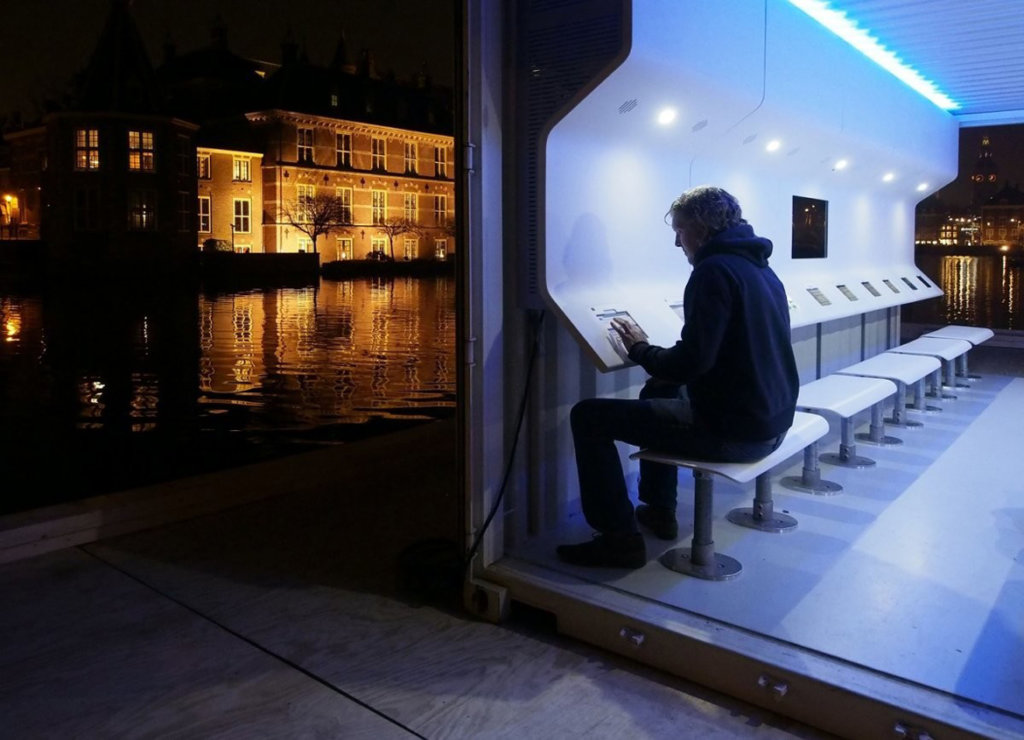