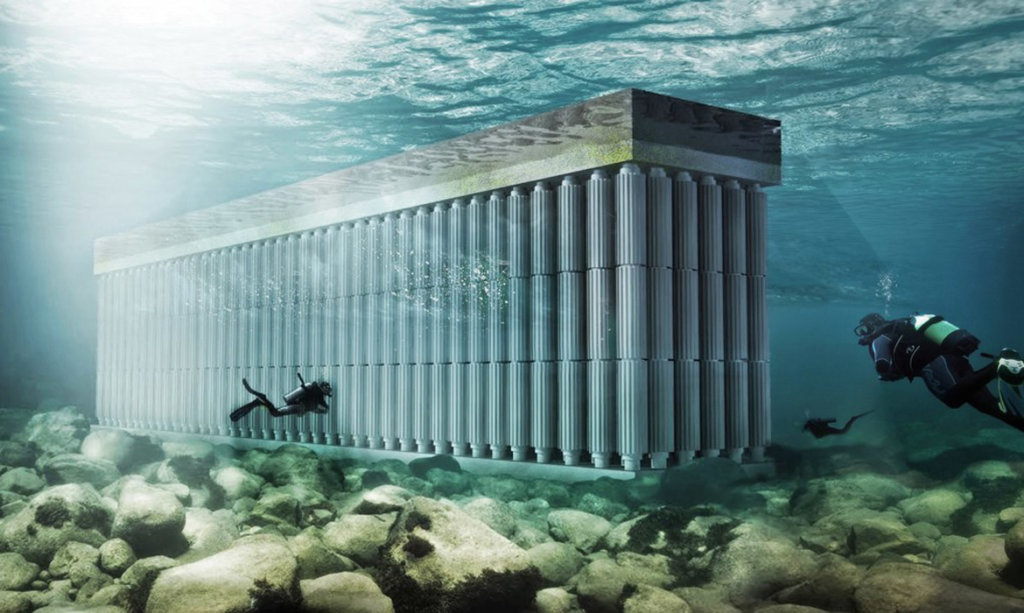 The Parthenon Seawall is a new suggestion for a floating breakwater which would protect harbours and coastlines from tidal force, turning it into electrical power.

In ancient Greek mythology, Olympian god Poseidon used his trident to master the sea; thousands of years later, the need to master the sea remains as pressing as ever and it is of little wonder that those facing the task looked to ancient Greece for inspiration. This is true of the innovative Netherlands-based architecture firm ‘Waterstudio’ led by Architect Koen Olthius and specialising in floating urban structures. The studio’s mission statement is “developing solutions to the problems posed by urbanization and climate change” and its latest creation, the Parthenon Seawall, is a floating breakwater that doubles as an energy generator, promises to do exactly that. 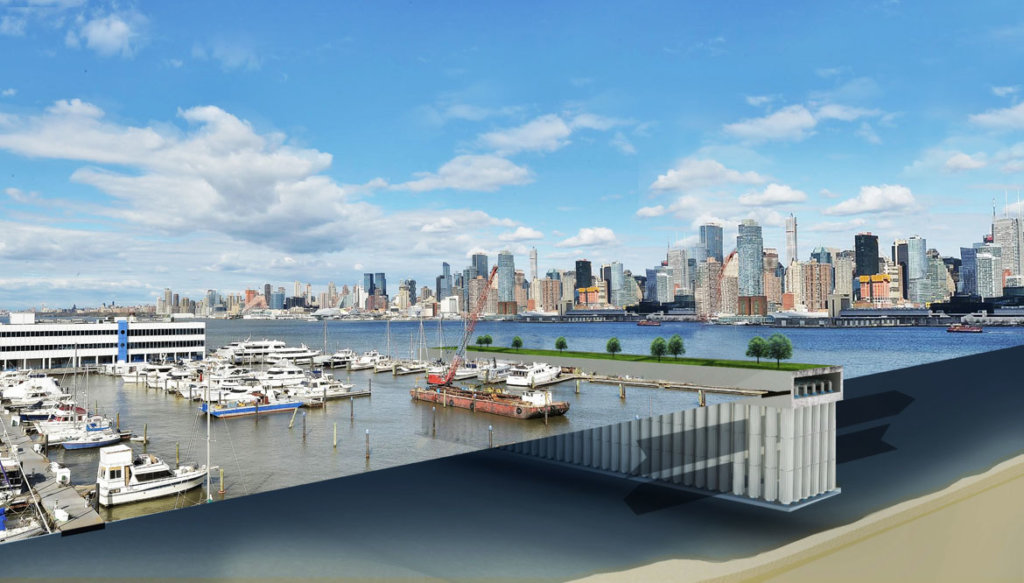 As its name suggests, the Parthenon Seawall was designed to resemble the iconic temple of Athena, but despite its ancient esthetics, the structure’s columns have more to do with functionality and addressing specific needs in a modern-day urban setting. While normally breakwater structures are designed to disrupt waterflow and reduce the impact of waves, tides and currents, protecting coastlines, harbors and riverbeds from potential damage, the Parthenon Seawall goes a step – or more – further than just fighting the force of water – it lives with it and turns it into electrical power. The floating breakwater stems the crash of water pushing into a harbor, while at the same time harvesting the tremendous energy a wall of water like that can generate.

The Parthenon Seawall employs the “stacked pyramid” structure – the columns are comprised of cylinders that rotate – both clockwise and counter clockwise – at low speed, moving by the flow of water. The upper concrete platform is where the energy is stored, but Waterstudio designers suggest it can also be used as a riverfront, creating a space for greenery and recreation. Poseidon would be proud.