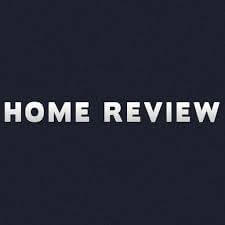 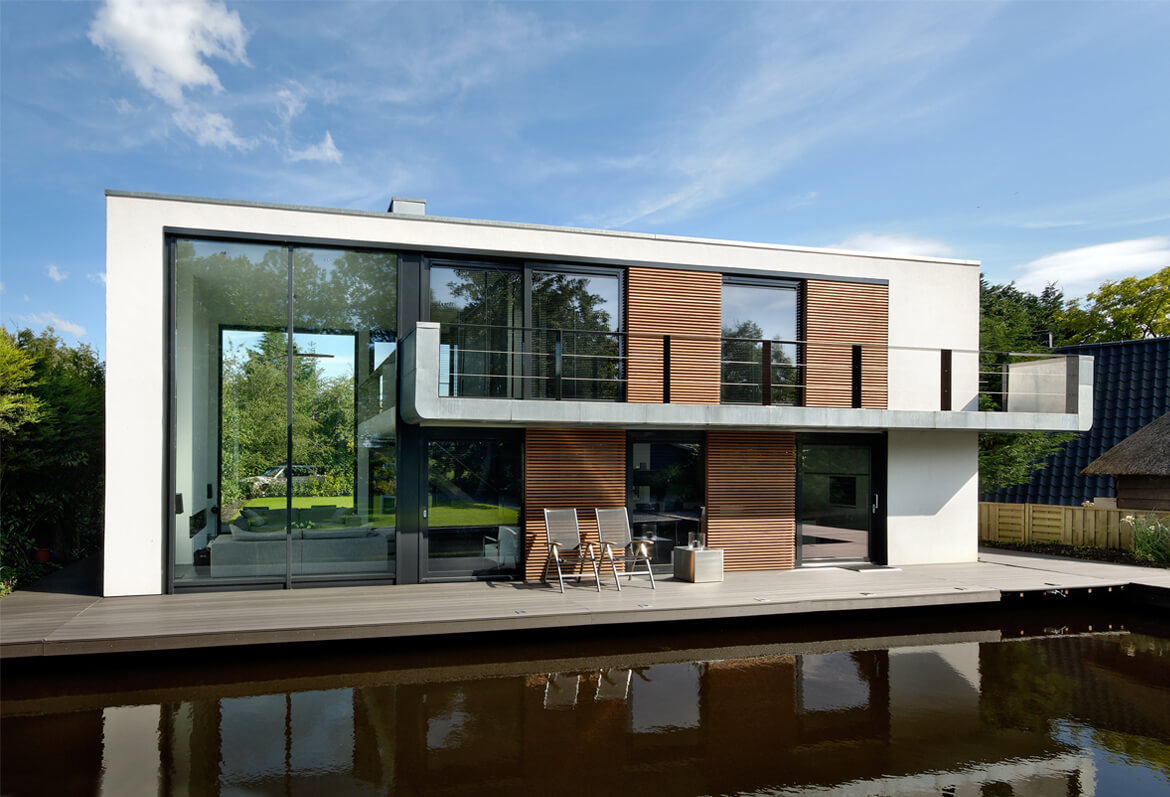 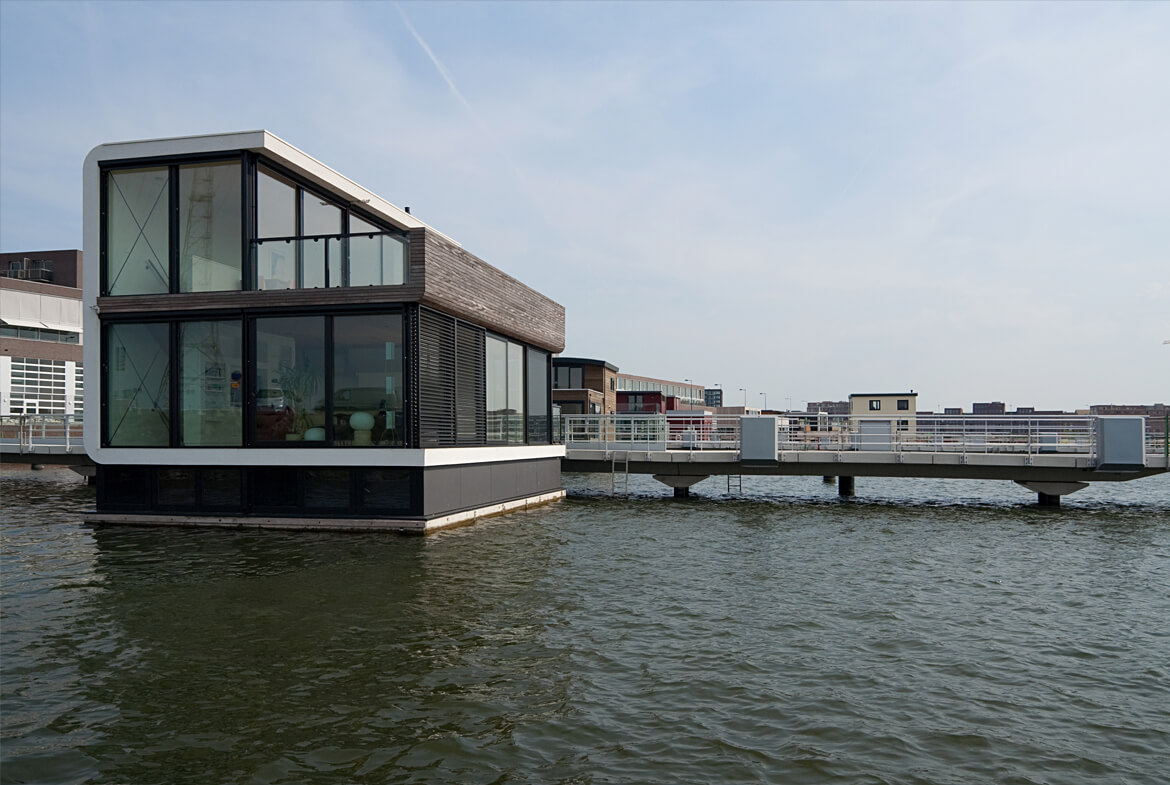 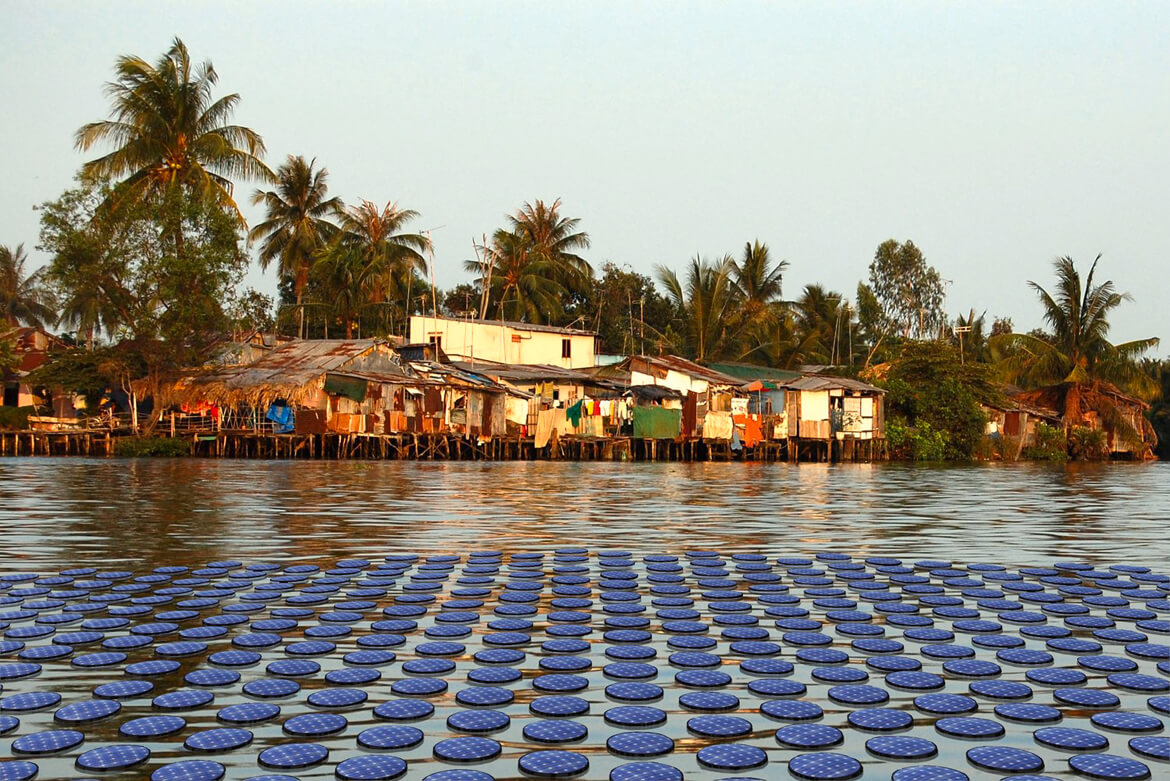 Waterstudio.NL is an architectural firm located in The Netherlands that is confronting the challenge of developing solutions to the problems posed by urbanisation and climate change head on.

The general prognosis is that by 2050 approximately 70% of the world’s population will be living in urbanised areas. Given the fact that about 90% of the world’s largest cities are situated on the waterfront, Waterstudio.NL has arrived at a solution; it is asking people at large to rethink the way we live with water in the built environment.

Considering the unpredictability of future developments and unanticipated needs, Koen Olthuis, the principle of the firm, believes that we should come up with flexible strategies – equipped to combat the imminent progression towards urban areas. Koen’s vision is that large-scale floating projects in a metropolitan environment can successfully provide a tangible solution to future problems, one that is both flexible as well as sustainable.

The Dutch are long known to link technology and progress, in fact, The Netherlands is a country that would not be inhabitable without its sophisticated flood defenses and a superior water management structure.

We at Home Review are delighted to introduce you to a truly inspirational, driven, creative professional who through his compassion for the Earth’s environment is busy acquainting the world with his very learned and intrinsic solutions.

How would you classify the architecture you practise?

According to me, today’s designers are an essential part of the climate change generation and I strive to enhance their perspective by considering urban components that are dynamic instead of static.

My firm’s solutions called City Apps, are floating urban components that add a particular function to the existing static grid of a city. Using existing urban water as building ground relieves space for a new density, providing worldwide opportunities for cities to respond flexibly to climate change and urbanisation.

How did you your unique style of architecture develop?

As a young architect, I became fascinated by the structure of the Dutch landscape with its water and land connection. At that time, living on water was still limited to the well-known traditional houseboats. After two years of combined land and water projects, I started up Waterstudio.NL with Rolf Peters at the end of 2002. Ours was the first architecture firm in the world exclusively dedicated to living on water. The company was a pioneer in a new market. To bring the market to maturity, the main focus was to change the perception of the general public. Waterstudio began with an ambitious plan to develop innovative concepts in both technological and urban design fields. The firm conviction that living on water is essentially no different from living on land, just with a different foundation technique, spurred the bureau on to develop types of housing with a greater density and higher quality than the usual houseboats in a recreational countryside setting.

Where did you first apply your novel vision?

The first city, in which this vision is being developed, is The Westland, located near The Hague in Holland. This project incorporates both floating social housing, floating islands, and floating apartment buildings.

In 2010, the government of the Maldives too agreed to develop a floating city, floating islands, floating golf courses, floating hotels, and a floating conference center as a part of a joint venture. This masterplan for the Maldives is a solution in response to the urgency caused by rising sea levels, but these new developments will also be beneficial in encouraging social and economic advancement. All over the world people have started to see the potential of floating developments. This has resulted in projects in several countries like China, UAE, and European countries.

Can your ideas be applied in third world countries, where architecture is often seen as providing lesser solutions and creating more problems?

Floating developments, in particular, have the ability to make a positive impact on slum communities that are living in conjunction with water. There are many communities all over the world that are threatened by rising sea levels, and Waterstudio seeks to ease the lives of people that are currently living without the most fundamental of necessities.

Slum communities are here to stay, and aiding these communities by upgrading living standards will fortify the cultures associated with these areas, unmatched by any other communities in the world. Our project City Apps offers a flexible and adaptable design, creating solutions to specific needs of each area.

What steps have you taken to spread your vision and allow the world to benefit from your unique architectural solutions?

In the first few years, it became clear to me that the market was lagging behind my vision. So Waterstudio started to target the media. Not just in the Netherlands, but worldwide.

In a time when new media was rapidly emerging via Internet, and climate change and water issues were receiving a lot of attention because of the flooding in New Orleans, the tsunami in Asia and Al Gore’s film ‘An Inconvenient Truth’, Waterstudio’s vision was soon noticed. News teams from Discovery Channel, the New York Times and Newsweek paid attention to the story. My vision grew rapidly: from water houses to larger complexes, culminating in floating cities and dynamic urban components.