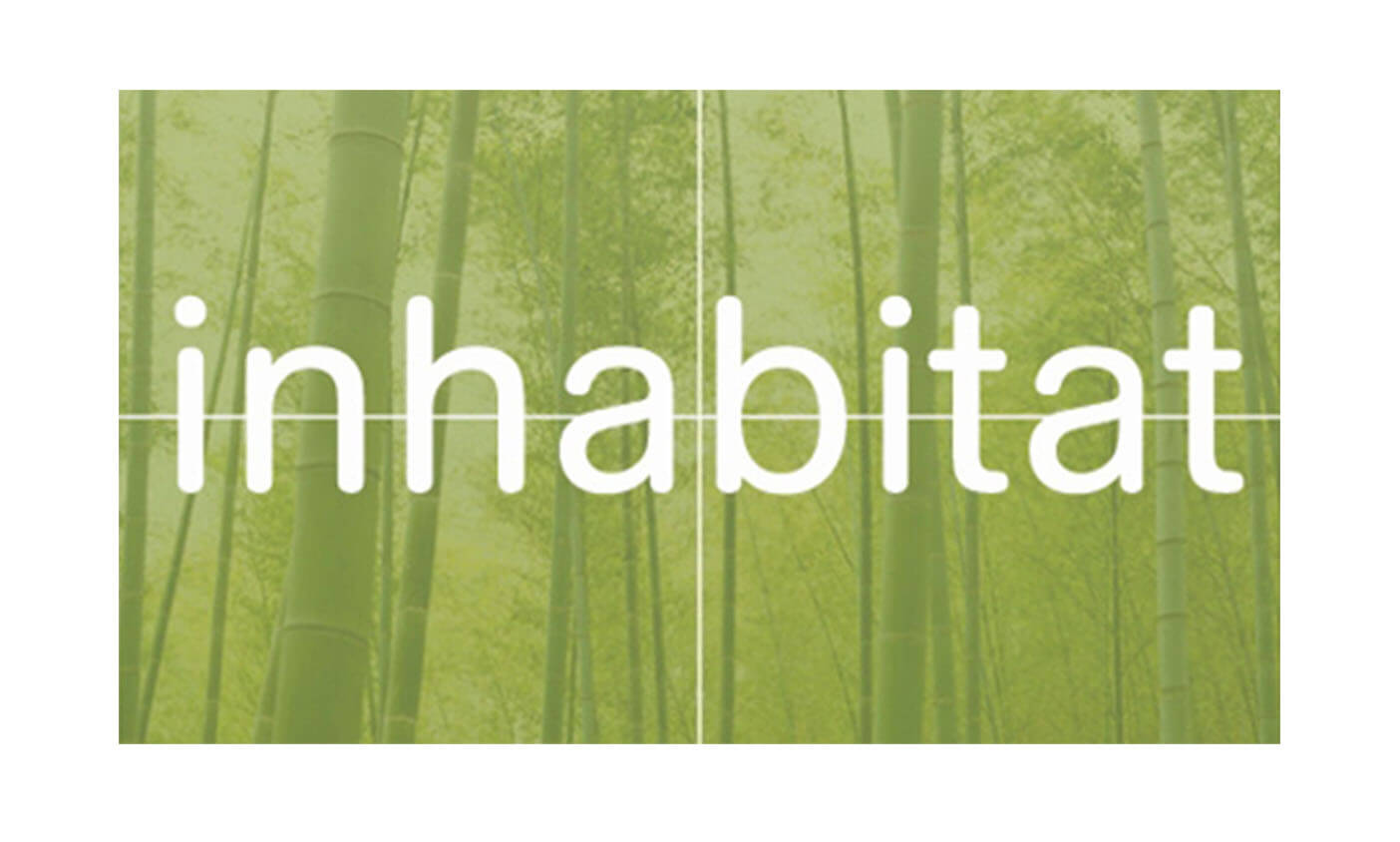 In light of all the dire news related to climate change, rising sea levels and the natural disasters which have stricken numerous coastal areas around the world, we here at Inhabitat would like to highlight an interview Inhabitat Editor-in-Chief Jill Fehrenbacher conducted with architect Koen Olthuis of Waterstudio.nl. A studio focused on designing for a future water world, Olthuis has been at the forefront of this once unconventional, yet now timely design vernacular. Olthuis says that despite our civilization’s history of trying to drain and fight against wet landscapes for the past thousand years, our best move for the future would be to “let water in and even make friends with the water.” Read on for the fascinating interview where Olthius describes his what designing for water landscapes worldwide really means.

You have to trust an architect who has grown up in a landscape completely engineered for water. Roughly a third of the Netherlands lies below sea level, and is home to over sixty percent of the country’s population of 15.8 million people. The Dutch have spent the last thousand years constructing dikes, pumps, and drainage systems in a constant battle to keep the encroaching North Sea at bay. On my recent trip to the Netherlands, I was fortunate to get the chance to sit down with architect, to discuss amphibious dwellings, floating foundations, and his experiences designing for water landscapes worldwide.

Jill: So Holland is almost completely built on wetlands, right?

Koen: Yes, the landscape is completely artificial. It’s fake in the sense that we have pumped out all the water, created dikes, and if you don’t have those dikes, then this would all be under water. The problem is we have three and a half thousand areas like this. It is amazing. And if you ask just somebody in Holland, they don’t even realize it. People in Holland are so used to the idea that I think nobody knows what the risks are anymore. And people from the United States and China, watch our systems of keeping the water out of the landscape the water out. But while they want to emulate our system of dikes, we are actually trying to move away from fighting against the water. Now we are beginning to let the water in and we are starting to make friends with the water. We have to do that because eventually the dikes won’t be able to keep up and all of this part of Holland’s will be flooded. So, its better just to work with the water instead of fighting against it. 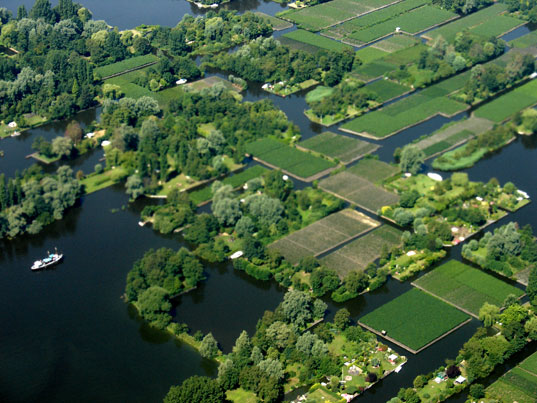 Jill: How did Holland get like this in the first place?

Koen:: Well, when the first people came here from France and Germany, they came to the coast and they found space to live in this swamp and they created little artificial hills – what we call terpen. And between each hill was swamp. And then they created dikes from one hill to another hill in order to keep them dry. And then after awhile, you have one, two, three, four terpen – artificial hills with dikes around them, you say okay, why don’t we just pump out the water in between it. And so this gradually became dry land – what we call a polder. Only the people had to pump out the water constantly. Because if you stop pumping, then in 48 hours, a polder will be flooded again with 30 to 60 centimeters water. That means that if you stop pumping, this will all be water immediately. And so, Holland is completely artificial, because we just keep on pumping – Well, three and a half thousand polders constantly pumping out the water is a problem at times when there is a lot of rain and the river gets too high, and when the sea water level is high…

Koen:: Well there’s 60,000 houseboats in Amsterdam, but all of those have dimensions of five to six meters by 20 to 25. We’re doing something completely different, which allows the buildings to get much bigger and be a lot more stable. We have a patented technology to create special “floating foundations” with foam and concrete – what we call floating land. These foundations move up and down on piles. This allows us to go up to 200 – 200 meters in dimension and create larger structures. We use the term amphibious to describe these floating foundations that rest on piles. The foundation is set on dry land, and when the water comes, the foundation comes loose from those piles and floats upward, and become a floating house.

Jill: How did you get started in this business in the first place?

Koen:: We did a few designs for Amsterdam on the water, and I loved it. That’s what got me hooked. And I think, well, this is the choice I have to make. The first years were very hard, and now it’s getting easier.

Jill: How many houses and buildings have you actually built? I see a lot of CAD images of projects in the works, but not a lot of photos.

Koen:: We’ve built I think 24 houses now. But most of them — I think around 20 — are just modern houseboats. They are a little fancier than a normal house, but still they are houseboats.

The thing about our technique of working with the water is that the buildings and the floating foundations require very little maintenance. With these floating house techniques, waterproof houses, apartments, everything, you can just go on top of the normal structure of the polders and keep the original landscape in the same way as it is.

Jill: It sounds like it’s much more efficient and better for the environment. You don’t have to do anything to maintain it?

Koen:: Yeah, that’s correct. The only thing you have to be sure of is that the water quality underneath those big structures is alright. And that depends of the amount of oxygen, how the sand gets underneath your platform, the current…well, lots of factors. This works for a lot of places. It works for Amsterdam, Rotterdam, Antwerp, Copenhagen. People have now been calling me from Tokyo, Ho Chi Min City, Bombay, Budapest.

Jill: Well, that makes sense, because every major city has water, doesn’t it?

Koen:: Yeah, that’s why they’re cities! In the newspapers we are always preaching “the floating city has a future,” and then everybody say, ah, I don’t know. Then when we show them Amsterdam, for instance, Amsterdam has more water than Venice. The whole city is made up of tiny islands on piles. There are thousands and thousands in Amsterdam, because it’s such a bad soil. If you look at Venice, the whole city is a static city. If they could have built it on a floating foundation just a few years ago, then the whole city would go up and down with the water, instead of constantly having to be drained.

Koen:: The most interesting city for us right now is Dubai. There’s amazing investment going into the waterfront right now, and it’s the first place where people are actually designing and building right in the water. We were asked to design a water taxi, and when we showed them that design they liked it so much that they wanted more. Now we are working on structures for part of the Palm resort and also this floating mosque. That will be for the Waterfront area.

ill: Do you have anything in the U.S. in the works?

Koen:: No. It’s very hard to get plans realized in the United States. They’re very protective. Even for New Orleans. We have to find people already doing the work and then help them as a co-architect. But it’s not possible to get your own assignment over there. It’s really strange, because in other countries, such as Canada and England or Australia, we’re welcome. We can bring ideas in and get assignments. But the U.S. is a little bit protective of the market. And I think they should open up a little bit.

Jill: From what I can see in New Orleans, they could certainly use the help!

Koen:: Yeah. In the states, the problem is if there’s a big disaster like Katrina, then all the media totally focuses on that problem. And everbody gets really excited and says, “Okay, we’ve got to solve this.” But then a few months later, nothing has happened. And then the problem is no longer the focus of the media, and it’s back to the same old, waiting for the next disaster….

What you should do is make a real plan and do it a new way. Because when you get an innovative idea, the innovation brings in new economical possibilities. For example, we’re not a company who can have industrialized factories because labor is very expensive over here. But due to high standard of technical innovation we have here, we can sell our ideas and our expertise around the world. And it should be the same for the United States, in which labor is also very expensive, but innovation and technology standards are high.