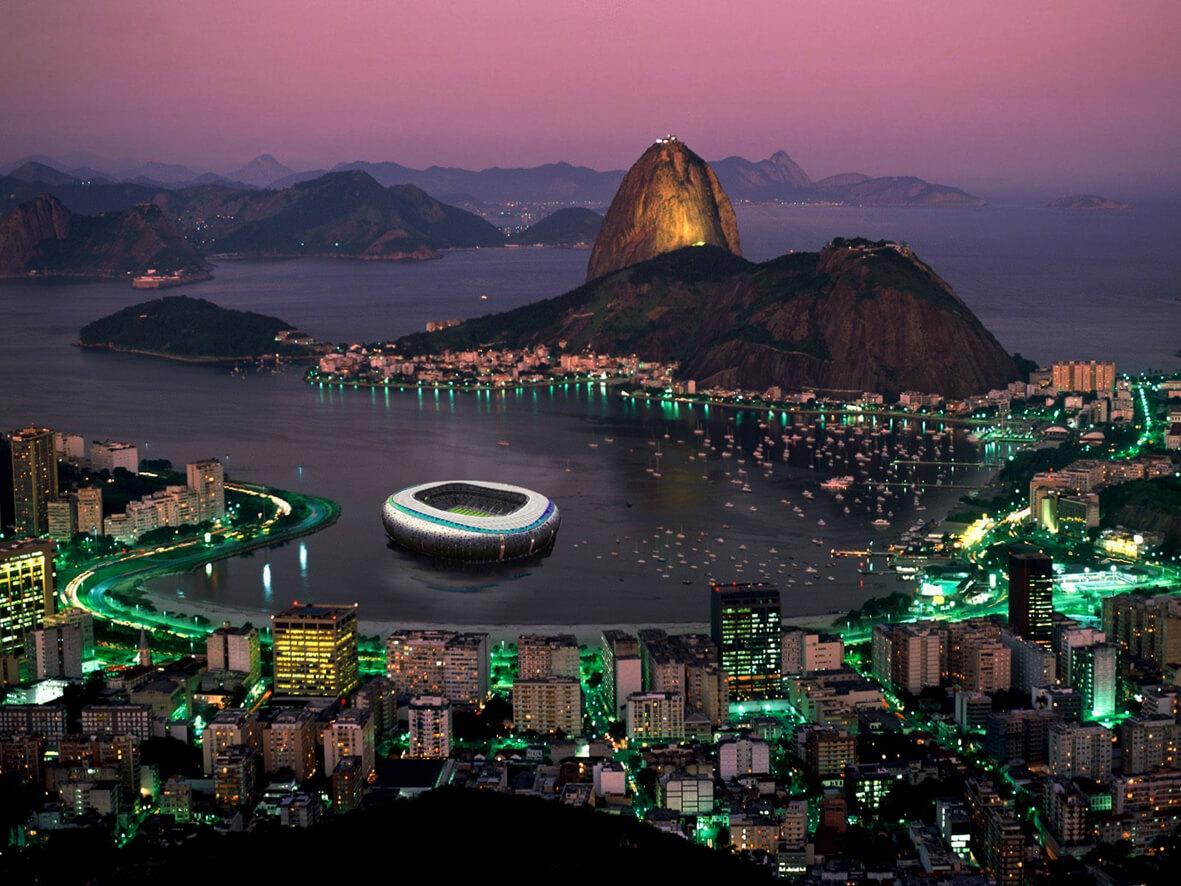 Floating buildings have a considerable number of advantages. They make it possible to bring extremely large and space-intensive events to the city, without having to reserve space for them years in advance. The Olympic Games,for instance, usually provide the city with a positive impulse,at least in theory. They bring economic advantages and provide an opportunity for initiating urban renewal projects. The Olympic Park in Barcelona, for example, restored the relationship with the waterfront. The current city dwellers are still reaping the benefits, almost 20 years on. But there is also one big disadvantage: afterwards,the city is left with overcapacity in sports facilities. For example, people visiting Beijing now can see that the impressive stadium designed by Herzog & De Meuron and the beautiful swimming hall designed by the Australian architect duo PTW have fallen into disuse. If those buildings had been implemented as floating structures, they could have been moved to locations with a real requirement. The same is true of London, where the Olympic Games will take place in 2012. The design bureau EDAW drew up the London 2012 Olympic Park Master Plan. The first designs date from 2003 and have been adapted a few times since then. Economic considerations were of overriding importance for these adjustments. For instance, the Olympic Park was reduced in size because it turned out to be too expensive to clear a valuable piece of land in the middle of the capital city years in advance, and then keep it clear. If the Olympic Delivery Authority had chosen to additionally make use of the water of the Thames, immediately adjacent to the park, then, taking the same useable surface area,not only the amount of space taken up and the level of investment would have been lower, but also the time taken up would have been less: it would not have been necessary to free up the land ten years in advance. Instead, floating stadiums and other facilities could have been moored a mere two years in advance. They could have been built in dry docks, far away from the Centre, so that the city dwellers would have been spared the nuisance caused by such large-scale building projects. And, directly after the Games, they could have been moved to locations with a requirement for such facilities. But it is never too late for good resolutions. In 2016,the Olympic Games will take place in Rio de Janeiro, Oscar Niemeyer’s city. There is plenty of water there, and because of the city’s situation up against mountain slopes, there are very few building locations available. Rio de Janeiro would be able to make world history as the location for the first floating Olympic Games. A strange idea? Not for people who dare to think outside the box. It is up to the climate change generation now.