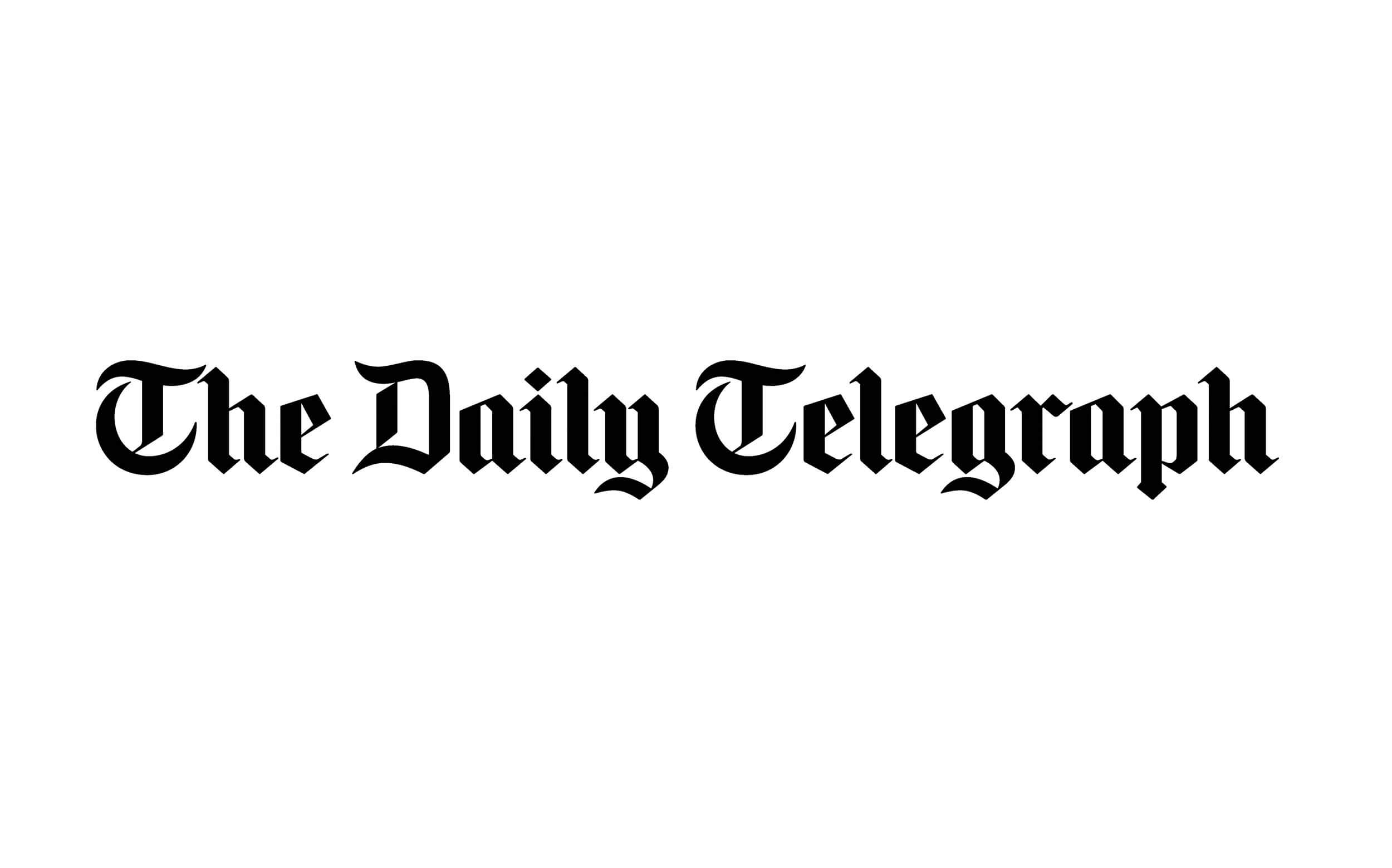 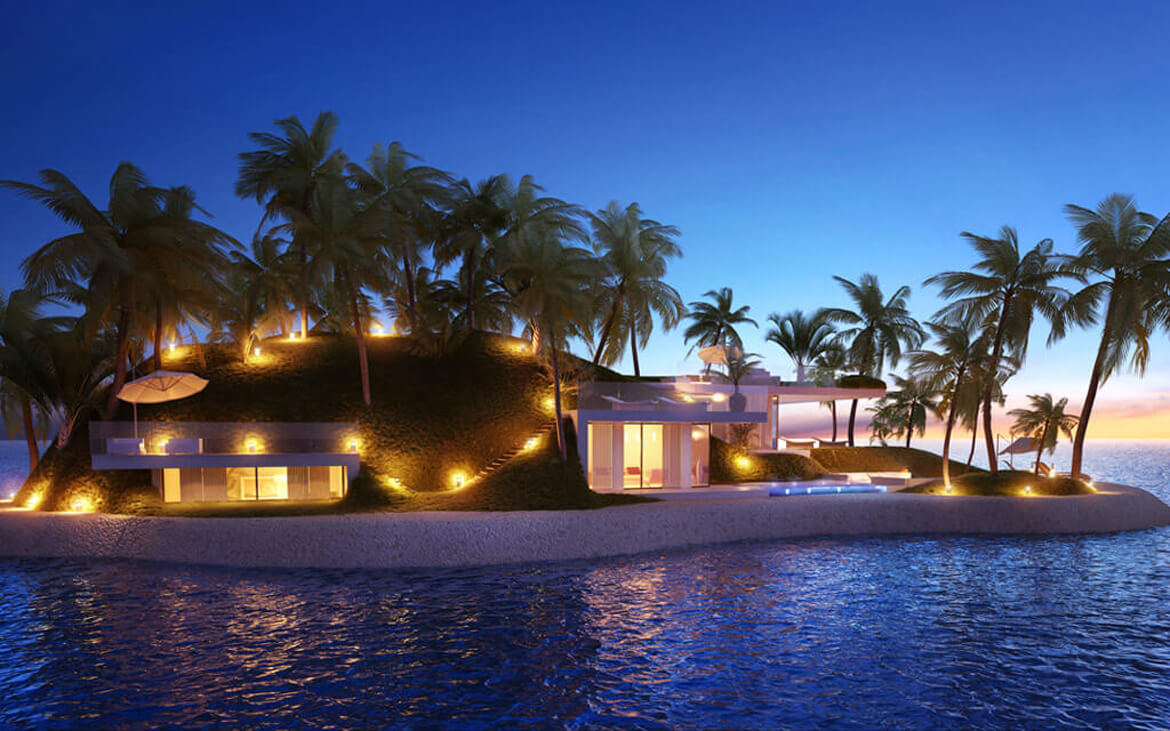 An island of my own

Your own private island cheaper than the average London home

An island might be the ultimate status symbol but 65 per cent are on sale for less than £350,000

In the rarefied world of trophy homes, there’s little that says “I’m absurdly rich” like having your own private island.

Johnny Depp has one in the Bahamas without even a house on it. “That’s a growing trend among island owners, especially celebrities, who like the idea of camping out and not leaving a footprint,” says Kate Everett-Allen, co-author of Knight Frank’s “Island Review”, which looks at the latest trends in island living.

Others prefer to share their private islands, such as Facebook founder Mark Zuckerberg, who recently paid around $100 million for a chunk of Kauai island in Hawaii.

And a growing band are renting rather than owning, giving them the freedom to island-hop according to the seasons. Knight Frank calls them “wealthy millennials”, while Farhad Vladi, founder of Vladi Private Islands, who deals with many of the world’s island sales, refers to them as the “Facebook generation who like the excitement of island living but not the responsibility of ownership”.

There are currently a few hundred islands for sale ranging from wild, untouched outcrops to luxury hideaways with palatial homes or exclusive resorts. Most expensive is the 222-acre Cave Cay in the Bahamas on sale for $90 million (£58.4 million) with a deep-water harbour, private airstrip and house – plus permission has been given for 38 more properties and a hotel. Or, if you have $62 million, you could buy Halls Pond Cay, which would make Mr Depp your neighbour, both through Vladi Private Islands (0049 40 33 89 89; vladi-private-islands.de).

But 65 per cent of private islands are on sale for less than $500,000, according to Knight Frank, and some are positively cheap if you don’t mind forsaking the warm-watered idyll for something a little nippier on the toes and off the beaten track.

There’s Porcupine Island in Nova Scotia, for example, which Vladi is marketing for just under £30,000. There’s nothing on it, but you get a house on the mainland 800m away as part of the package.

The growth of technology – and the use of private jets – is making islands an increasingly attractive work-and-play option for the super-rich. “It’s much easier if you can work somewhere you enjoy spending time, and with Skype and video conferencing people can work from their islands, as Richard Branson does on Necker,” says Edward de Mallet Morgan from Knight Frank’s international residential department. He’s marketing Yadua island in Fiji with a guide price of $2.5 million-$3 million (020 7629 8171; knightfrank.com) – currently undeveloped but with permission to build overwater and island properties.

Accessibility isn’t a problem for Yadua; it’s 10 minutes by helicopter from Fiji’s main Nadi international airport. But if there’s one issue that is deterring prospective island buyers, it’s the prospect of having to start from scratch, building the infrastructure, installing utilities and finding someone trustworthy to run your empire when you’re off-island.

Buck Island in the British Virgin Islands – price on request through Knight Frank – removes much of that hassle as it already has a 12-bedroom clifftop house surrounded by 43 acres of tropical beauty. “It’s ready to go and with Beef Island’s airport a quick helicopter trip away, you can be master of your own domain but you’re close enough to get away if you need to,” says de Mallet Morgan.

Or easier still is to join the growing band of ultra-rich who are happy to sacrifice being the sole king of the castle in favour of buying into exclusive island resorts – which are driving the 69 per cent increase in private jet flights to island destinations in the past decade, according to NetJets. In that period, the number of private flights doubled in Antigua, Ibiza, the Greek Islands and Majorca. For the super-rich who slum it by flying commercial, the rise in the number of routes to the Balearics has done wonders for their desirability.

“Until 2012, you couldn’t even get direct flights in winter to Ibiza. Now Ibiza and Majorca have an ever-increasing number of direct flights all year, good IT connectivity and sought-after international schools, making them an ideal place for the work/lifestyle balance for young professionals,” says Everett-Allen.

The Caribbean islands of Mustique and Jumby Bay are rare examples of wealthy island communities whose villa owners own a share of the island. “They feel like private villages rather than commercially run operations and Mustique now has fibre optic across the island so it’s easy to work remotely,” says de Mallet Morgan.

You’ll need deep pockets to join them. Many of Jumby Bay’s properties are like mini-resorts with their numerous pavilions, hotel-like leisure facilities and private stretches of beach. The eight-bedroom Ty Molineux, set on eight beachfront acres, is Jumby’s biggest and priciest home, on sale for $28.5  million through Knight Frank. Annual running costs notch up a further few hundred thousand dollars a year (though you can recoup that through prime-season rentals).

On Mustique, the Balinese-style Mandalay – built in 1969 for David Bowie to include his recording studio in a pavilion hidden in the tropical gardens – (pictured below) is on sale for $20m (£13m), also through Knight Frank.

The appeal of luxury island life is also on the up in Bali, which had the greatest price growth in 2014, up by 15 per cent according to Knight Frank, followed by Mustique and Ibiza, in which property prices increased by five per cent. In Ibiza, Calaconta – where the huge, modern villas cost from €2.95 million (£2.10 million) through Knight Frank – has brought a new touch of luxury and concierge services to a peacefully remote spot on the south-west coast.

Barbados, meanwhile – whose properties had one of the highest number of online viewings among island markets last year, according to Knight Frank – may be too developed to offer the sense of getting away from it all, but its property is reaching ever more incredible heights of luxury to cater to the super-rich crowd in search of its inimitable brand of West Coast island luxury.

New to the market is Palazzate, a 75,000 sq ft beachfront mansion near Speightstown with an unprecedented price tag for the island of $125  million (001 246 262 8112; palazzate.com), while a little further down the coast is Platinum Bay, a new development of five beachfront villas that cost from $25  million (020 7647 7667; platinumbaybarbados.com) and come with “bespoke” concierge services tailored to each owner’s demands.

It’s not just the prospect of the hard work and continual expense that is leading to the world’s wealthiest steering away from buying their own private outcrop in favour of a ready-made, like-minded island community. They also face stiff competition from governments, NGOs and environmental organisations who are snapping up undeveloped islands to preserve the natural habitat.

“Ecology is becoming the buzzword for private islands and governments are landbanking them, partly to conserve them but they can also be an electoral winner,” says Knight Frank’s Everett-Allen.

The Canadian government is on an island-buying spree, currently purchasing 100 land masses in Nova Scotia. “It’s also happening in Europe and the Caribbean. There are no privately owned German islands left on the ocean now,” says Vladi, who calculates there are around 12,000 private islands in the world and only about 1,000 of them are developed and likely to remain privately owned.

“As soon as you build a marble palace on your island, it will be out of reach of the nature groups and remain in private hands. But undeveloped islands such as Ginger Island in the BVIs, on sale for $16 million, are ripe for purchase by the local government or conservationists,” he adds.

But while islands in private hands may be dwindling in number, new ones – despite what Mark Twain once famously said about investing in land – are starting to emerge.

Volcanic eruptions are creating new islands each year in Tonga, Russia and Japan, according to Knight Frank, and the growing need for “aquatecture” (homes that will withstand or repel flooding) is leading to the creation of new floating islands such as Amillarah, newbuild, eco-friendly private islands with villas priced from $10 million in Dubai, the Maldives and Miami (0096 033 36664; amillarah.com).

Whether you want to lord it alone over your own land mass or join a select group, whether you buy or rent, build a mansion or camp out like Johnny, there is no lack of luxury island living on offer around the world. And this is one trophy purchase for which you don’t even need to be a billionaire.