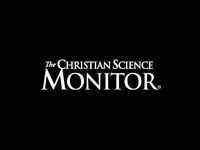 By Matt Bradley, Contributor to The Christian Science Monitor OCTOBER 26, 2005

‘God created the earth,” says an old Dutch saying. “but the Dutch created the Netherlands.” Indeed, precious few nations share the distinction of having forged much of their land from the sea.

After hurricane Katrina flooded the Gulf Coast, many US hydrologists, architects, and city planners looked to “the low countries” for water-wise guidance. But instead of continuing their prohibitively high-cost war against the sea, some Dutch architects are designing ways to live on, instead of fighting against, the rising tide.

Amphibious housing – structures built on land that rise and fall with the water level – is one of several innovative ideas.

Recommended: Could you pass a US citizenship test?
“We have to redefine construction to make it more dynamic and less static,” says architect Koen Olthuis in a phone interview from Waterstudio.NL, an amphibious housing design firm in the Dutch city of Rijswijk. “We call this the ‘resilient sector.’ If a house is resilient, it means there won’t be any damage or loss of value from flooding.”
The Netherlands topography resembles that of New Orleans, only on a far grander scale: Some 26 percent of the country lies below sea level. Much of its land has actually been reclaimed from lakes, bays, and rivers, and is protected by an aging, complex system of dikes (similar to New Orleans levees) and water pumps (think of the famous Dutch windmills).

But after nearly a millennium of digging, pumping, and filling, the Netherlands is still extremely vulnerable to harsh weather and now, to global climate change. As sea levels rise, some experts say it’s high time to make peace with the sea once and for all.

Residents are already moving into the first development of “amphibious” and floating houses on the banks of the Meuse River in Maasbommel, about 100 miles southeast of Amsterdam. When it is completed in January or February, the development (built by Dutch construction company Dura Vermeer and designed by architect Ger Kengen) will include 15 floating and 34 amphibious homes.

Whereas classic construction techniques in the Netherlands rely on underground concrete pilings to support structures in the spongy soil, an amphibious house comes with foam built into a hollow concrete basement.

When the water rises or falls, the houses float to up to 18 feet above ground by sliding along two mooring poles at the front and rear of the buildings. With the help of flexible PVC piping, the plumbing, electrical, and natural gas connections can go along for the ride.

The floating houses – similar to houseboats – manage rising and falling water levels in much the same way, but are built to float year-round, no matter what the weather.

“There will be a lot of turbulence,” says Dick van Gooswilligen, Dura Vermeer’s spokesman. “But on the other hand, the house is connected to the two mooring poles which would keep the house stable. So you would feel the waves, but it wouldn’t be extreme.”

While flooding is a perennial issue, the Netherlands rarely finds itself in the path of truly rough weather.

The new amphibious and floating houses are not built to withstand hurricanes or typhoons, but Mr. Olthuis’s designs present nearly the same structural challenges as their land-lubbing relatives: Both need extra fortifications to withstand high winds.

Wetter winters and drier summers will make for unpredictable water levels in large parts of the Netherlands. Some 1.2 million acres of dry land will need to be reallocated as flooding zones in the next 50 years, according to government calculations. The Dutch Ministry of Water Management and Traffic has designated 15 areas where Mr. van Gooswilligen expects to someday see homes, businesses, and even agriculture bobbing placidly on the waves.

“They have been talking for years about building on and around water,” says van Gooswilligen. “And we said, ‘Stop talking. Don’t tell them, show them that it’s technically possible to build houses that are waterproof and safe.’ ”

Understandably, the act of building in flood zones raised a few eyebrows, even among the water-savvy Dutch. Before it became a testing ground for revolutionary architectural methods, Maasbommel had seen two floods in 1995 and 1997 that devastated what was once a riverside recreational park. The massive property damage made authorities reluctant to re-develop the area. Van Gooswilligen says that while the first project is small and experimental, he expects many more to come.

“It’s no longer going to be developments with 49 houses and one greenhouse,” he says. “Everyone’s going to have to take a step forward, and we’re going to build in a different way.”

Despite its unusual “resilient” construction, a well-designed, inland amphibious building can blend in with a surrounding neighborhood’s architectural style.

Camouflaging the flood-proof buildings would mean outfitting the old “polder” system of concrete pilings with amphibious technology. Such a strategy might also help save Venice’s rapidly sinking skyline.

The amphibious technique lends itself primarily to new construction. Flood-proofing older buildings might be prohibitively expensive, Olthuis says. The new flood-proof design, however, spares the builder significant waterproofing expenses required by law in many Dutch communities.

City planners are not only racing against the rising tides. Rapid urbanization and massive population growth may force a massive exodus onto the water, designers say.

“We feel that in order to cope in 2050, with 9 billion people on Earth, you need to take into account this opportunity to provide people with basic elements needed to sustain life,” says Frits Schoute, a retired Dutch engineering professor who is now devoting his time to his dream of living on the sea. (Dr. Schoute’s designs can be found on his website, www.ecoboot.nl.)

One of Schoutte’s designs features dampers that would not only protect floating houses from waves, but would also act as generators to exploit the tides for electrical energy. Based on his preliminary calculations, wave dampers could provide more than enough electricity to live indefinitely on one of Schoutte’s “ecoboats,” he says.

As for the commercial success of amphibious and floating houses, Olthuis cites one persistent truth: Coastal views have always commanded premium prices.

Next November, Olthuis and his firm plan to present designs for a 400-foot-tall floating hotel in Dubai on the Persian Gulf, a city that frequently courts innovative (sometimes outlandish) design solutions.

The circular hotel, which will sit only 12 to 16 feet deep, will rotate every six hours to offer guests unobstructed views of the city’s arresting skyline.

“It’s spectacular,” Olthuis says. “I think we’re only on the first step with these innovative possibilities of living on or next to the water. We all say here, the future is wet, and the future is great.”