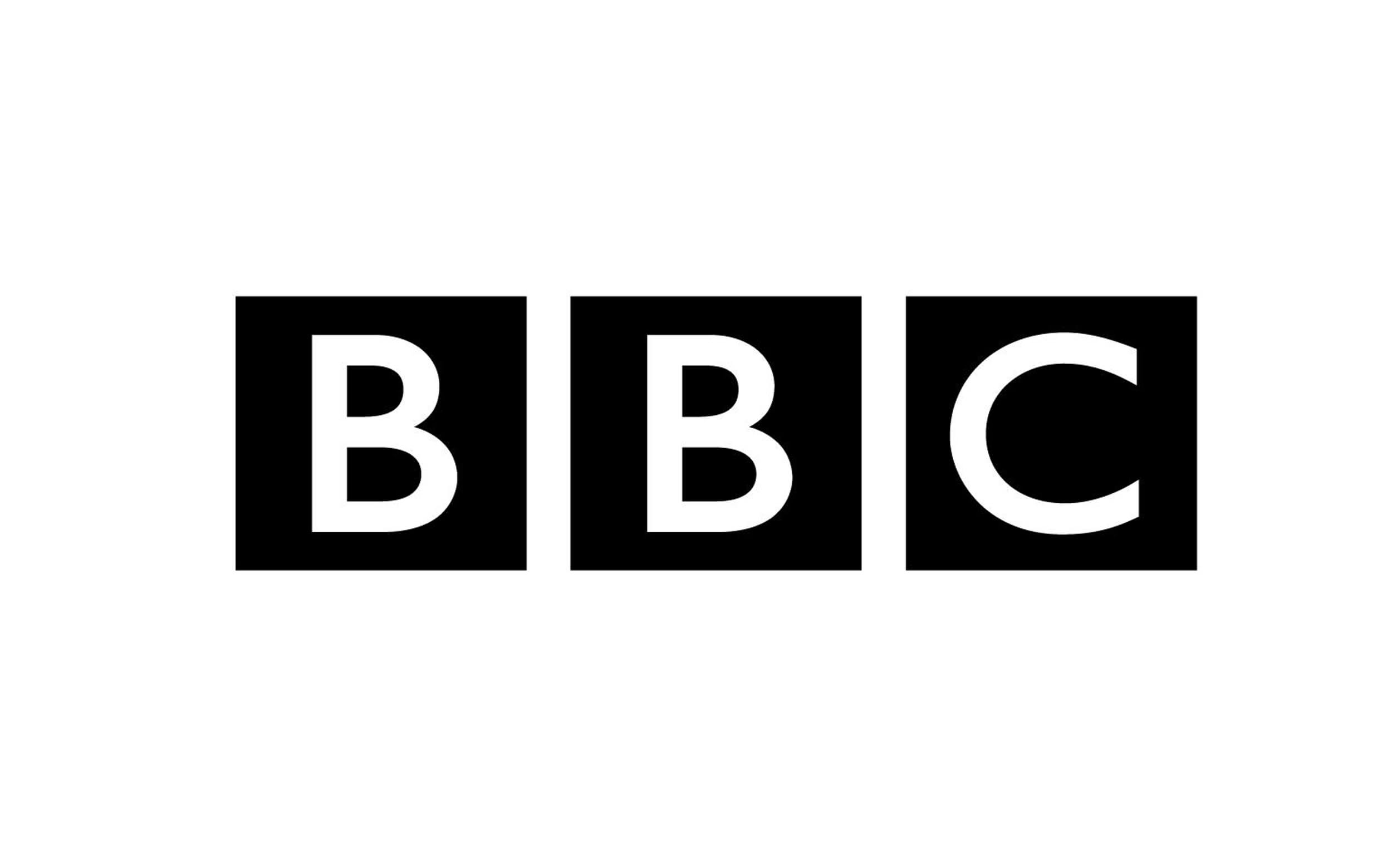 ON THE SURFACE, Michele Affronte and Marianne Gerrits have little in common. Affronte is a real estate agent who lives in Sausalito, California. Gerrits resides almost half-way around the world in Amsterdam.

Yet one common element ties them together. They both are urban pioneers of sorts — early adopters, if you will — of a lifestyle that could well be the wave of the future in city dwelling: Living the life aquatic aboard floating homes.

As land and housing prices in heavily populated urban areas continue to rise astronomically and housing availability becomes tighter than a first-gear hairpin curve, the floating home seems like a logical and plausible alternative for urban planners and developers. The bottom line: They aren’t making land any more, as American writer and sage Mark Twain astutely observed more than a century ago.

Other factors portend this sea change in urban living, such as rising ocean levels as a result of climate change and burgeoning populations that will strain existing land resources in urban areas. While few predict a Waterworld-ish doomsday scenario, it is interesting to note that about 44% of the world’s population lives within 150 kilometres (93 miles) of an ocean and most of the world’s megacities (2.5 million inhabitants or more) lie in coastal areas, according to the United Nations.

Moreover, the UN reports that 54% of the world’s population lives in urban areas – and that figure is expected to increase to 66% by 2050. In short, there’s a perfect storm of factors brewing that soon may force mankind to dip its collective toe into the deep end, so to speak, of offshore living.

Some cities and countries are already diving in. From Vancouver to Dubai and from Indonesia to the Netherlands, thousands of people have embraced offshore housing.

Take Affronte, for instance, who’s lived atop the waves in an eclectic community of some 480 houseboats on Richardson Bay since 1991. Her 1,800-square-foot floating home has three bedrooms, two full bathrooms, a living room, a kitchen, a dining room and a rooftop deck, plus municipal water and sewer connections.

“I planned on remodeling my houseboat, then flipping it and moving back onto land,” she explains. “But I loved it so much that I stayed. Now I’ll never leave.” 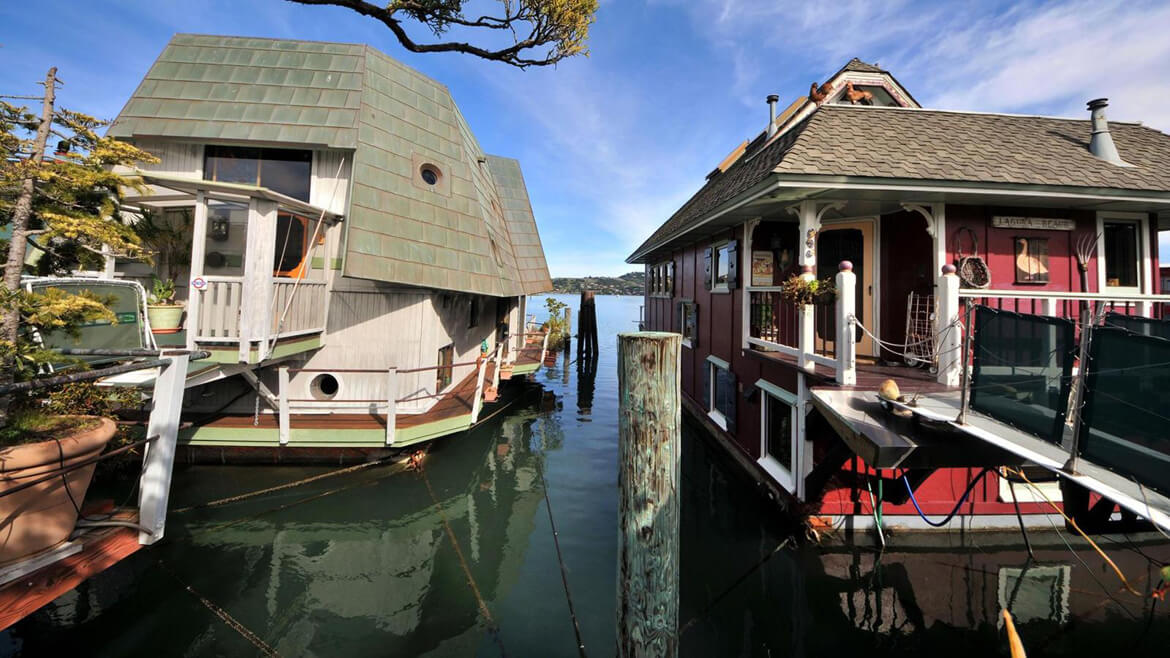 Two of the nearly 500 houseboats on Richardson Bay in Sausalito, California.

Gerrits also enjoys the aquatic lifestyle. She notes that her 800-square-foot houseboat (the second one she’s lived on), which floats on an Amsterdam canal, provides a unique perspective on the world. “You see so many different things on the water,” she says. “It’s as if a whole new world opens up to you.”

But in the dyke-protected Netherlands, aquatic living is rapidly becoming a necessity, not an idyllic lifestyle choice. For starters, about one-third of the country is under water — and threatened by rising sea levels. Moreover, the Dutch government estimates that 500,000 new homes will be needed in the next two decades to meet demand, but there’s not enough urban land to sustain that growth.

As such, it’s no wonder that the Netherlands has become a Ground Zero of sorts for floating housing. While exact numbers aren’t available, experts estimate that thousands of floating homes already exist in the Netherlands, ranging from charming converted barges to the nouveau-urban-style floating community in the IJburg district of Amsterdam, designed by Marlies Rohmer Architects and Planners. 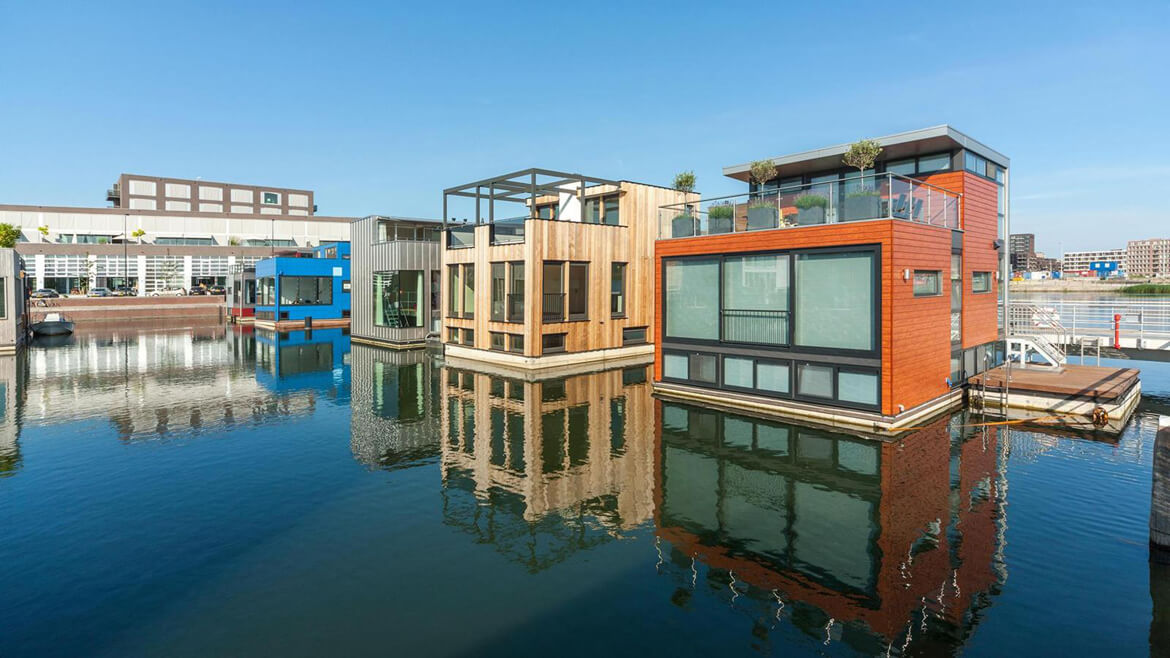 “Safety, (limited) space and flexibility are the three main drivers pushing us toward the water,” says Koen Olthuis, the founder and owner of Waterstudio.NL, an aquatic architectural firm based in Rijswijk in the Netherlands. A water-living visionary, Olthuis is a leading proponent of amphibious housing. In 2007, he ranked 122nd on Time magazine’s list of the world’s most influential people and in 2011, the French magazine Terra Eco selected him as one of 100 “green” people that will change the world. (He’s also written a book entitled Float! Building on Water to Combat Urban Congestion and Climate Change.)

“It’s already safer to live on water if you live where flooding is common,” he explains. “And most big cities are already densely populated and the square-metre (housing) prices are rising rapidly… and water is not as expensive as land.

“Moreover, cities are too static — every urban component we build has to stay there for 50 or 70 years,” he continues. “And as cities change, the only alternative is to demolish these things. But floating buildings can be moved and adapted…it’s all about reinventing our cities so they function better.”

Floating buildings can be moved and adapted…it’s all about reinventing our cities so they function better.

Nicolas Le Guen, the founder of Aquashell, a France-based architectural firm that specializes in designing floating buildings, concurs. “Floating homes are becoming more popular because they’re the best solution (to many problems),” he notes. “And after we build floating homes, we notice that our customers then want to build other kinds of floating projects, such as floating fitness rooms or floating restaurants, because they solve problems like rising prices and limited space in the center of towns.”

The projects built by or on the books at Waterstudio.NL are mind-blowing in nature compared to Sausalito’s shabby-chic, hippie-ish houseboat community. From a floating mosque in Dubai and a buoyant hotel off the coast of Norway to a water-based resort in the Maldives and an on-water health centerin China, Olthuis is clearly intent on pushing the flotation envelope.

Other forward thinkers around the globe are following suit. A Google search for “floating homes” generates more than one million hits and reveals conceptual, see-worthy aquatic gems like this audacious-but-spare ocean-going yachthouse from Wally Design in Monaco, suitable for Arabian oil sheiks; a rakish, minimalistic-yet-chic abode for millionaire Wall Street quants, designed by Le 2 Workshop in Poland; a bobber-inspired dwelling for the open seas from Orhan Cileli in Detroit, Michigan; and a futuristic home that imitates a jellyfish, designed by Giancarlo Zema Design Group in Rome. Or for a real walk on the wild side, how about this floating “ecopolis,” imagined by Paris-based Vincent Callebaut Architectures?

Sleeping with the fishes 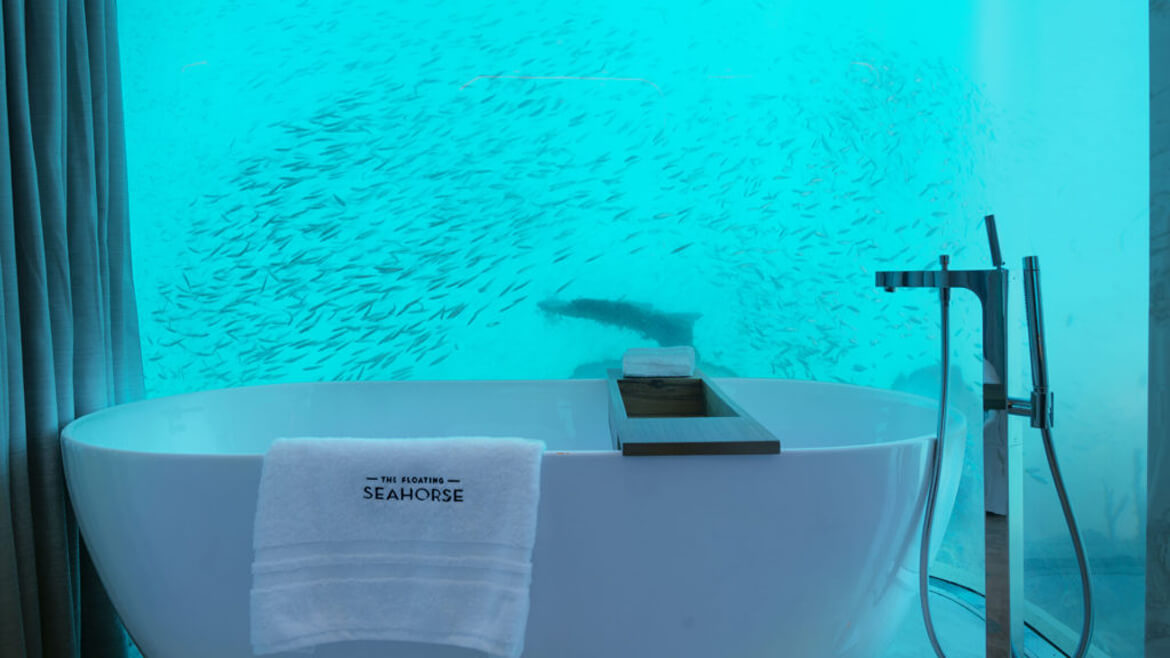 SEASIDE HOMES IN DUBAI are among the world’s priciest. A typical beachfront townhouse on the tony Palm Jumeirah artificial archipelago can run £2m or more and plots on a sprinkling of man-made islands called The World can command 10 times that sum. Enter the Floating Seahorse, a three-storey seaborne townhome with all the luxury touches a well-heeled Emiratis would expect — plus one amazing trick. The one- or two-bedroom houseboat’s glassed-in subaqueous bottom floor offers panoramic views into the Persian Gulf’s depths. Kleindinest Group, the real estate firm behind the Seahorse (examples of which are presently listed for between £1.3m and £2.3m), calls it “the world’s first underwater villa with a view to the world’s largest national aquarium.” Because what’s more luxurious than going snorkeling without having to get out of bed? —Bryan Lufkin

Some designers are surprised it took so long for this flood of innovative designs to emerge. Some 10 to 15 years ago, the Dutch seemed poised for a houseboat boom, but a host of obstacles thwarted growth, says Jonathan Baker, a native of Santa Barbara, California, who now lives in Copenhagen and works as an in-house architect for the United States embassy there. He should know; Baker used to work for Waterliving, a now-defunct architecture firm that specialized in floating homes before it went under, doomed by a promising market that never materialized.

Should a floating home be considered a ship that needed to be registered like a boat? What about building codes? Building materials? And obtaining insurance and bank loans?

“Should a floating home be considered a ship that needed to be registered like a boat?” he asks rhetorically, ticking off a list of complications that mired progress. “What about building codes? Building materials? And obtaining insurance and bank loans? We had very contemporary and experimental ideas…but there were no precedents. Governments had a hard time getting their heads around how these homes would be taxed and who owns the water they’re on.”

Yvonne de Korte, an urban geographer who co-wrote a book in 2008 about floating homes called Mooring Site Amsterdam: Living On Water, agrees with Baker’s assessment. “When we wrote the book [with co-author Maarten Kloos], there was an energy surrounding floating homes – you could feel it with builders and architects and students,” recalls de Korte. “But not much was realized.”

Olthuis sees all that changing now, noting that floating homes now receive more support than flak from municipalities. “Insurance, licensing, regulations – they all take time to figure out,” he says. “But in the last several years, things have pushed over a kind of invisible line and things are moving much faster.

“The DNA of these houses is changing, too,” he points out. “They’re slowly becoming more like land-based houses. The quality is getting better, we can build them larger, they require less maintenance, offer better stability and prices are dropping to point that they almost cost the same as homes on land. They’re becoming more interesting to municipalities, because they’re treating them as real estate, which generates property taxes.”

Technological advances are making floating home more viable, too, Olthuis says. Unlike many early houseboats that were built on old barges, new floaters now sit atop concrete “tubs” that offer more stability through a lower center of gravity. And they’re increasingly being built with composite materials that are lighter and stronger than traditional materials. Moreover, it’s becoming more common to build a home on land, then use a crane to place it on the “foundation,” he adds.

“There’s also a trend toward ‘plug-and-play’ houses,” Olthuis adds. “Say you have a basic house with three bedrooms. But when your kids move out, you take off a (modular) room off and put on something different – essentially order a new room for your house. It can change with you as time passes and new needs emerge.” 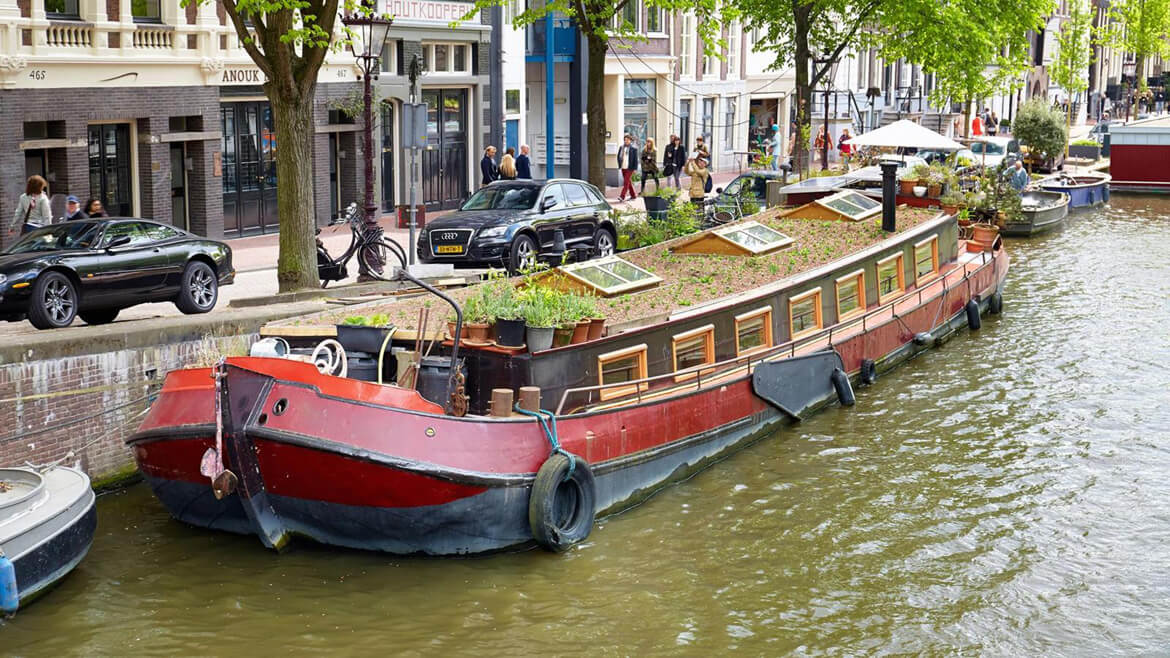 A former barge converted to houseboat duty along a canal in Amsterdam.

Are floating homes less expensive that land-based homes? It all depends. In Marin County, where floating-home-resident Affronte lives, the average home on land goes for about $800,000. An average two-bedroom, two-bathroom floating home? About $600,000 – but that doesn’t include a one-time payment of about $200,000 for berthing rights, plus property taxes and monthly association fees. The residents also pay higher interest rates for mortgages because lenders worry about the homes’ mobility, which gives unscrupulous owners the means to take off for points unknown.

But the floating homes more than hold their value, Affronte points out, noting that an average unit six years ago sold for around $375,000. “Demand always exceeds supply,” she says. Adds Baker: “Anything that overlooks water is more expensive…but the actual structures generally aren’t any more expensive than traditional homes.”

Cost issues aside, Olthuis envisions a buoyant future for water living as urban congestion increases and climate change brings on stronger rains and more flooding. He foresees a day when “floating gardens” of solar cells provide electric power for sustainable, offshore houses. Baker says floating sewage-treatment plants and fresh-water plants aren’t outside the realm of possibility. “Then they can develop enclaves in places without standard water and sewer infrastructure,” he says.

In addition, Olthuis contends that the floating-home lifestyle will be a boon to cities, which will vie with other water-oriented metropolises to attract residents. “Cities will need to brand themselves and make themselves more interesting, and water living will be just the thing to attract young, high-net-worth individuals…and floating communities will only increase the functionality and flexibility of cities.

“And if those young people don’t like one city, they can move their (floating) home to another city…they’ll change jobs and take their houses with them,” he concludes.

Overall, the appeal and logic of living on water is easy to fathom. “I can’t see any downside,” Baker offers. But it remains to be seen if this sea change in residential living runs aground or floats peoples’ boats. 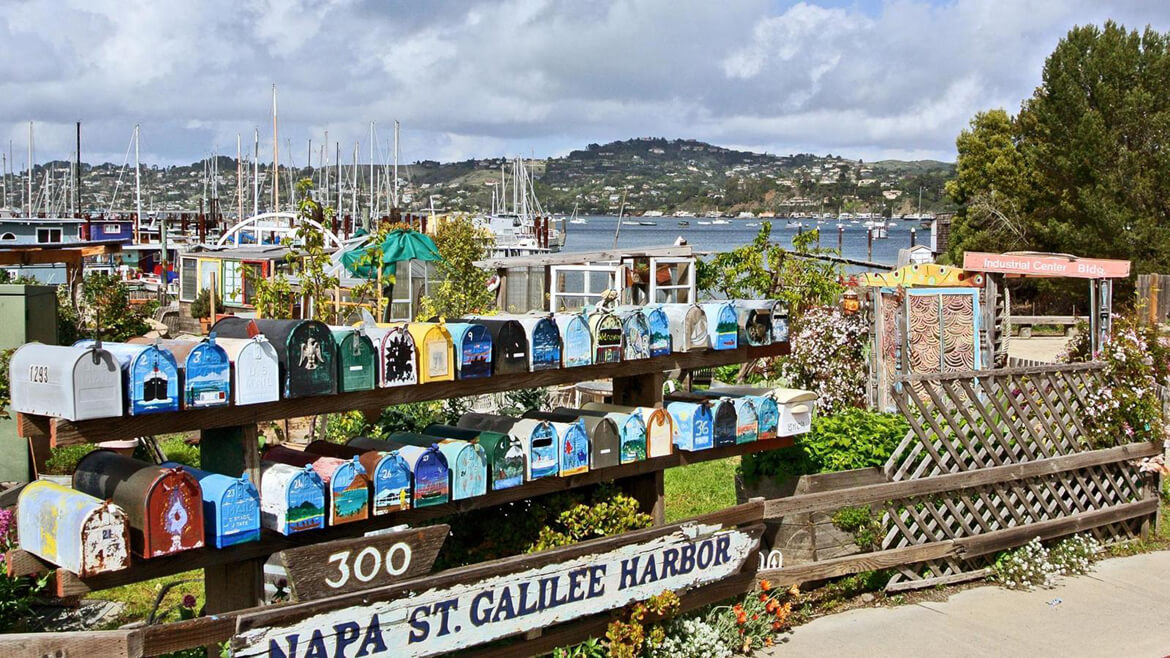 Mailboxes for some of Sausalito’s houseboat residents.