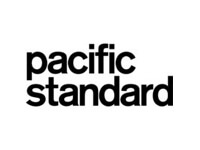 Houseboats have long been a common sight in the Netherlands. But a new community of floating homes may signal a solution for rising sea levels across the globe. 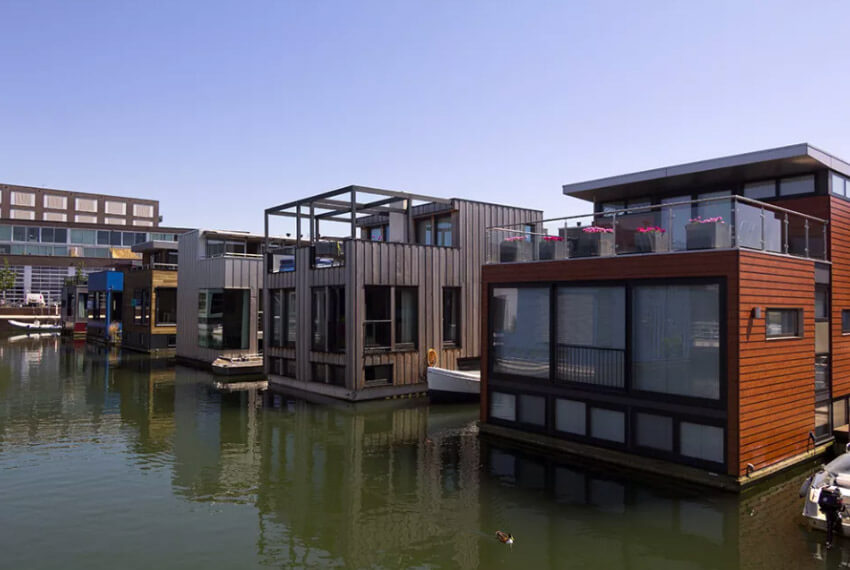 Not far from Amsterdam’s Central Station lies IJburg. Hidden in plain view, the city’s newest district is somewhat of an undiscovered secret. In fact, IJburg is known better to the people outside of the country rather than the ones who actually live in the Netherlands.

Moriam Hassan Balogun, who is originally from the United Kingdom, moved there in 2009 and now considers herself an “international local.” She loves IJburg’s family friendly atmosphere, the space, and the many cafes and possibilities for work and leisure. It also attracts many business owners and mostly people with liberal political views.

IJburg is built on four artificial islands that are connected to each other and the rest of the city via bridges. It has around 21,000 inhabitants, the first of whom moved there in early 2002. But the district still isn’t completely built. Though the goal was to finish building IJburg by 2012, that has not happened due to environmental concerns and slow uptake of houses. When finished, it will offer 18,000 homes for 45,000 people and create around 12,000 jobs.

Of late, the islands have been of particular interest to climate change researchers; in particular, the area of Waterbuurt West. There, 120 floating homesteads have been built to deal with Amsterdam’s housing shortage and to prevent the citizens of Amsterdam from moving further away, to Purmerend or Almere—a phenomenon known as urban sprawl. Living on water is not that surprising in a country that’s surrounded by it. All over the Netherlands, people live on barges or houseboats. But these new houses in IJburg are different because they are very visibly not boats. They are houses.

A Dutch saying goes, “God created the world but the Dutch created Holland.” The Netherlands has long been a pioneer in reclaiming land from water, spending centuries drying out the sea to build. That may have been a mistake, says Koen Olthuis, the founder of the Waterstudio in Rijswijk, an architectural bureau specifically devoted to designing buildings on water.

“The Dutch are crazy, that’s fun about the Dutch. We are here now in a part of Holland where we shouldn’t be. It’s man-made,” Olthuis says. A much better solution would be to simply build floating houses, or even whole floating neighborhoods instead.

The technology used to build houses on water is not really new. Whatever can be built on land can also be built on water. The only difference between a house on land and a floating house is that the houses on water have concrete “tubs” on the bottom, which are submerged by half a story and act as counter-weight. To prevent them from floating out to sea, they are anchored to the lakebed by mooring poles.

As sea levels are rising globally, many cities around the world are under threat from water. Some areas are projected to disappear completely in the next few decades. Therefore, designing houses to float may, in some instances, be safer than building on land and risking frequent floods. “In a country that’s threatened by water, I’d rather be in a floating house; when the water comes, [it] moves up with the flood and floats,” Olthuis says. He believes that water shouldn’t be considered an obstacle, but rather a new ingredient in the recipe for the city.

Floating houses are not only safer and cheaper, but more sustainable as well. Because such a house could more readily be adapted to existing needs by changing function, or even moving to a whole new location where it can serve as something else, the durability of the building is much improved. Olthuis compares this to a second-hand car: “By having floating buildings, you’re no longer fixed to one location. You can move within the city, or you can move to another city, and let them be used and used again.”

Houses built on land are very static, while on water it’s possible to add, take away, or easily change parts. And communities built on water can be constructed more densely, which would allow for more efficient energy use. Water allows houses (and even whole cities) more flexibility, and, for Olthuis, it’s this characteristic that makes it such a fascinating element.

“IN A COUNTRY THAT’S THREATENED BY WATER, I’D RATHER BE IN A FLOATING HOUSE.”

He sees the use and incorporation of water as the next logical step in the evolution of cities. Cities are not unlike brands, and the ones with a lot of water would be the most flexible, and therefore the most desirable. This branding is already visible in many regions around the world: Think of Los Angeles as the city of movies, New York as the city for writers. Blue cities, or cities that can utilize the water, would also be the cities that would attract residents.

But Olthuis goes one step further. He imagines cities that can quickly change, depending, for example, on the season. In the summer, they could be open to allow the collection of sun energy, and in the winter they could huddle closer together for warmth and energy preservation. He also prefers to talk about functions, or modules, rather than actual buildings.

“In the next city, it’s no longer about what you have; it’s about what you can load. You’re going to load functions to your neighborhood on the water, and if you need new functions, you take them out and you reload them with other profiles,” he imagines. Cities of the future will share certain functions, like, for example, museums, stadiums, or other facilities. “It will be a completely new way of thinking about these [establishments].”

Incorporating water into the cities will also introduce more equality, says Olthuisk, referring to a principle known as “the democracy of water.” In fact, something similar is already happening not just in IJburg but in the whole of the Netherlands, where house owners and social housing recipients share neighborhoods. In IJburg itself, around 30 percent of the houses are earmarked for this very form of government assistance.

People of various nations, races, religions, and ethnicities live on the island. “There’s no group that’s more than the other,” Hassan Balogun says. However, the people who move to IJburg tend to be politically similar. “There’s quite a lot of liberal thinkers, very open-minded people here. I think that like seeks like,” she says. The residents of IJburg often vote for D66 and Groenlinks parties, both known for their liberal views and a focus on sustainability. 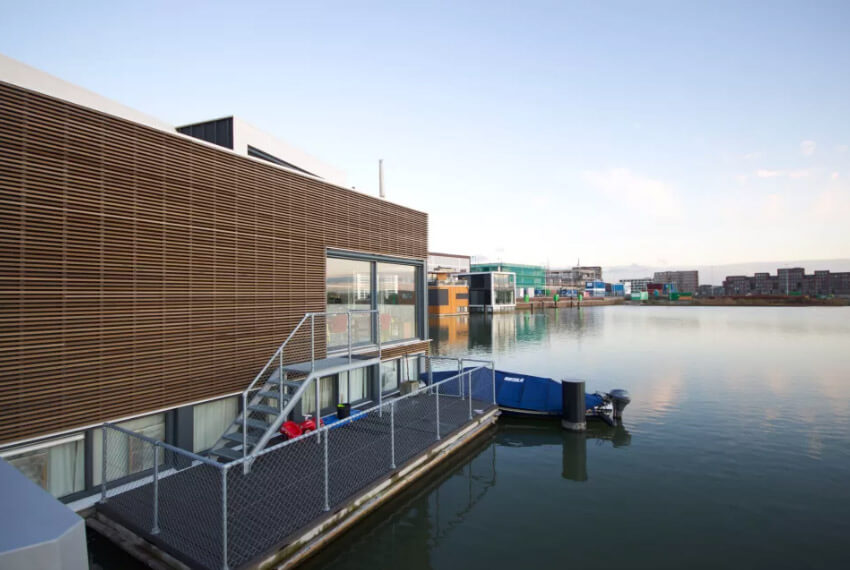 A floating home in IJburg, Amsterdam.

The inhabitants of IJburg don’t really have the need to leave the island unless they want to. There are plenty of options in that part of the city, including cafes, gyms, yoga studios, and parks. There are also 10 schools. The whole area has an atmosphere of newness, of opportunity.

And this opportunity—the concept of floating houses—could spread to other areas around the world. Due to very strict regulations in the Netherlands, Olthuis is often exporting his ideas abroad, including to China, the United Arab Emirates, India, and the Ukraine. He recognizes that American cities face the same threat towns in the Netherlands did: urban sprawl. “So we have to bring the cities back, make them more compact,” he says. “That’s what I hope that people in the States will learn.”

Floating houses are an idea American cities should consider not just to combat sprawl. Many major cities—like New York, Washington, or Miami—could soon find themselves under water. Olthuis does, however, caution against a Waterworld-like future.

He doesn’t believe in cities existing solely on water due to high costs of maintenance and constant energy consumption. He thinks the future lies in already existing cities that use naturally existing water to expand and improve. His hope is that, one day, 10 percent of the Netherlands could become a blue city. But it doesn’t have to stop there. “It’s not only about architecture, it’s not just about having fun in IJburg. It’s about rethinking how we, as communities, want to live in cities,”

The city may not be fully built yet, but, given its multi-faceted approach to sustainable urban design, IJburg could be seen as a first step in that direction. At the very least, it is an already existing example for how to successfully integrate water into our cities.